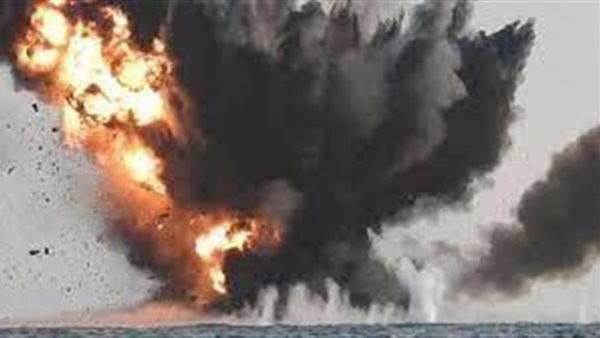 The Houthi militia continues its terrorist plans and attempts to target the international shipping route in the Red Sea via booby-trapped boats targeting the port of Hodeidah, the navigation route in the Red Sea and Bab al-Mandab, which confirms the militias' pursuit of war and the rejection of international and regional efforts, foremost of which is the initiative of the Kingdom of Saudi Arabia for peace in Yemen.

The Coalition to Support Legitimacy in Yemen announced the destruction of two booby-trapped boats belonging to the Houthi militia before it was able to carry out an imminent attack from Hodeidah, considering that the militia uses the Stockholm Agreement as an umbrella to launch hostile attacks from Hudeidah, threatening maritime shipping routes and global trade.

In general, the Houthi militia possesses three models of remote-controlled suicide boats. The first appeared for the first time during the attack on a Saudi frigate, as well as in other attacks launched in 2017, targeting a Saudi oil platform and Emirati marine units. It is a remote-controlled speed boat about 10 meters long and has two engines that provide it with a maximum speed of 45 knots per hour. The boat was provided with an explosive charge of 450 kilograms, which is believed to have been extracted from the Russian Styx anti-ship missiles that the Yemeni navy possessed in the past.

Before that, the coalition announced that it had intercepted and destroyed two projectiles that had been launched towards the southern region of Saudi Arabia.

Politically, US Envoy to Yemen Tim Lenderking began a third Gulf tour in less than two months after his appointment.

The meeting, which took place in the Omani capital, Muscat, discussed developments in the situation in Yemen and the efforts made to stop the war and revive the political process through negotiations between all parties to achieve security and stability in Yemen and the region.

Griffiths had resumed his contacts and meetings with the leaders of the Houthi militia after a hiatus of several months.

His office said in a statement issued on Friday evening that Griffiths is currently visiting the Sultanate of Oman.