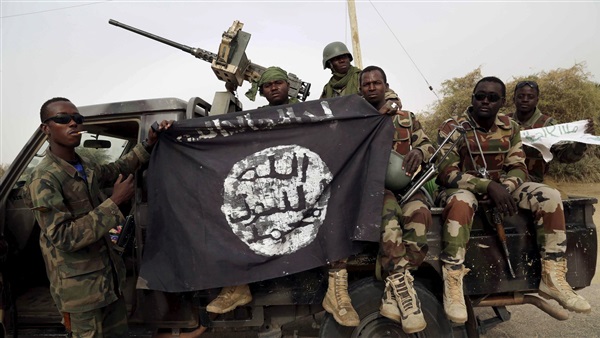 Niger has recently been subjected to escalating attacks by ISIS, whose elements have consistently targeted the fragile border areas in the country, resulting in hundreds of deaths amid security frivolity and popular anger at the increasing terrorist brutality against the population.

ISIS carried out a group of sporadic attacks against the country, the most violent of which caused the death of 137 people as a result of attacking villages near the border with Mali on the day of the popular market, resulting in a large number of victims, including women and children.

On March 22, the authorities announced that 60 people had been killed as a result of an ISIS attack on the southwest of the country, but the death toll had escalated as a result of the expansion of the terrorist operation. France 24 quoted a local official as saying that ISIS elements on motorcycles attacked the areas of Intazayene, Wistane, Bakorate and three villages in the Tahoua region, as well as a host of villages surrounding the area.

The Council of Sheikhs of Tuareg Tribes in Libya issued a statement denouncing the loss of lives of hundreds of Tuareg tribesmen in Niger who were killed as a result of the recent massacre that also affected the southwestern village of Tillia, which is inhabited by many of the Tuareg tribe.

The statement declared its condemnation in the strongest terms of the terrorism that the Tuareg tribes were subjected to in Niger, offering condolences to the families of the victims and the entire tribe, as well as calling on the international community to intervene to provide security in the region, in addition to investigating the incident and bringing the perpetrators to trial.

Sky News reported on March 25 that ISIS used looting and plundering during its operation against the desert village of Tillia. In addition to the deaths, the terrorist organization’s members stole thousands of camels, cows and sheep from the village. The attack witnessed insufficient security to prevent the massacre from occurring, despite international statements about helping Mali restore security and thus secure its borders with its African neighbors.

The attack on southwest Niger and the hundreds of casualties apparently was not enough to attract the attention of those responsible for maintaining security in the country. On March 25, ISIS carried out a new attack on the south of the country, killing a dozen people in simultaneous attacks on two villages in the Tillaberi region in the south of the country, which is the same region that witnessed another attack in mid-March.

ISIS deliberately spreads chaos by burning and looting during its operations and is not just content with the deadly attacks, which gives indications about the weakness of the security system in the region.

The border between Niger and Mali is famous for its continuous terrorist operations in which a large number of victims are lost. On January 2, 2020, during the presidential election that was won by former Interior Minister Mohamed Bazoum, terrorists carried out a massacre in which at least 100 people were killed in areas adjacent to the borders of Mali and Burkina Faso.

There are groups in Mali and Burkina Faso that owe allegiance to al-Qaeda, the most prominent of which is Jamaat Nusrat al-Islam wal Muslimeen (JNIM). However, ISIS then entered competition in this region via security-fragile Niger.

A study by Small Arms Survey, a Swiss center for policy studies on the issue of the spread of violence and weapons, stated that this border area represents a hotbed for arms dealers and gangs involved in human smuggling and drug trafficking, which terrorist organizations benefit from to stimulate illegal trade that brings them sources of funding in addition to making the region in constant tension.