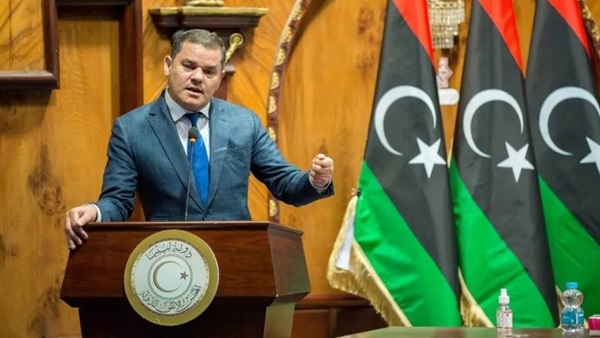 At a time when political moves are accelerating in Libya with the new Government of National Unity (GNU) assuming power in the country amid great hopes, the crisis of armed militias and mercenaries continues to cast a shadow over the scene, as this file is one of the most prominent problems that the Libyan state is currently experiencing. Abdul Hamid al-Dabaiba, head of the new Libyan government, confirmed that the mercenaries are a dagger in the back of Libya, adding that it is imperative to work to make them leave the country.

Since the UN mission to Libya announced on February 5 the formation of the new executive authority in Libya and granting it confidence in March, the file of foreign mercenaries in Libya has returned to the forefront of events, amid international demands to withdraw those elements from Libya and to respect the UN roadmap, which will lead the country to hold parliamentary and presidential elections in December this year.

The worrisome issue of militia and mercenary intrusion has affected state funds and positions, and it is now a burden on the shoulders of the new executive government, which has not yet disclosed the strategy it will follow to dismantle these competing militias that control the capital Tripoli and western cities, and to disarm and limit their movements. This file is one of the most important challenges facing the new executive authority, which is working to remove all mercenaries and establish a state of security and stability, in addition to working to dissolve terrorist formations, hand over their weapons completely and confine weapons to the state only, and stop all external interference in the internal affairs of Libya, especially military engagement.

UN Acting Envoy Stephanie Williams revealed in early December 2020 that 20,000 foreign and mercenary forces are present in Libya, considering this a terrible violation of national sovereignty. She noted that there are ten military bases in Libya that are partially or completely occupied by foreign forces and mercenaries.

Despite the consensus of many observers that Libya is witnessing a new phase with the arrival of the GNU, which ended political divisions and will prepare for the elections scheduled for December 2021, they indicate on the other hand that any upcoming entitlement in Libya cannot be achieved in light of the presence of armed militias and their continuing danger. Observers assert that extending government control and restoring state authority would put Libya on the right path towards the beginning of construction.

The problem of the proliferation of armed militias is one of the most prominent problems facing the Libyan state, as the security file represents the key to the success of the new government, which will not be able to intervene to solve the daily problems of citizens, such as rising prices, electricity problems, etc., without securing the situation on the ground.

The new executive authority in Libya faces a number of challenges, most notably the fight against terrorism, the dismantling of armed militias, and the reintegration of their elements into the Libyan military and security and police institutions, in addition to the expulsion of foreign mercenaries from Libya. Observers see that the real challenge facing the transitional government is the unification of the army and security institutions in the country, but others stress the importance of the role of the United Nations and the major powers in supporting the new government, stabilizing the ceasefire, and removing militias and mercenaries.

During Dabaiba’s speech at a session of the Libyan House of Representatives, which was held in Sirte to give confidence to his government in March 2021, he called on the mercenary militias to leave Libya, affirming his intention to communicate with the United Nations with the aim of removing these militias, indicating that the mercenaries are a dagger in the back of Libya. He added that this requires wisdom and agreement with the countries that sent them, indicating that the new government will contact the United Nations mission to discuss the removal of these forces.

On the other hand, UN Secretary-General António Guterres, in a report delivered to the Security Council on Wednesday, March 24, expressed his deep concern about reports of the continued presence of foreign elements in Sirte and its surroundings and central Libya, saying, “No reduction has been reported in the number of foreign forces or their activities in central Libya.”

Guterres reiterated his call to all national, regional and international actors to respect the provisions of the ceasefire agreement in order to ensure its full implementation without delay, and this includes full and unconditional compliance with the arms embargo imposed by the United Nations.

According to the document received by the Security Council, it revealed a slight move to withdraw some mercenaries, which it considers insufficient, and indicated that foreign forces had been withdrawn from the city center and west of Sirte towards Wadi Harawa, located 50 kilometers east of Sirte, to contribute to securing the city and reopening Ghardabiya Airbase.

Several countries, including the United Kingdom, Mexico, Kenya, Niger and France, demanded the complete and irreversible departure of the mercenaries while ensuring that they would not be deployed to neighboring countries, as diplomats reported that a Security Council resolution is expected to be issued by the UK that sets the authorization of a monitoring mechanism and gives the green light to activate it.