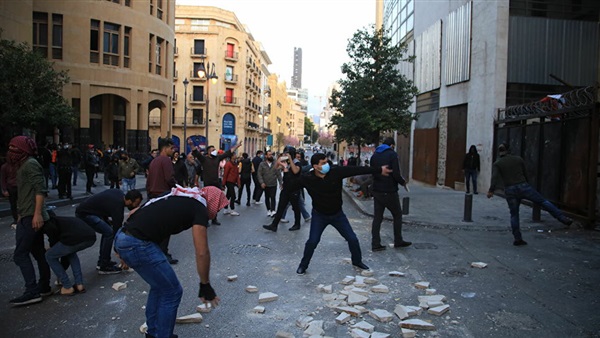 A notice sent by Lebanon’s General Security Department to its affiliated units included a clear warning of possible armed tension caused by the collapse of the value of the local currency.

The notice, which was leaked on social media, reflected the deteriorating security situation in the country, and caused panic among the population.

The notice read: “In conjunction with the economic and financial deterioration, information was circulated about preparations for a major escalation in the street, which could develop into armed manifestations targeting the homes of politicians.”

It warned of possible "chaos, sabotage, the use of weapons in the street, acts of looting, theft, and settling of scores under the pretext of the high exchange rate of the dollar and the exorbitant cost of living."

"This could happen overnight,” the notice said.

A senior security official confirmed to Asharq Al-Awsat that General Security had sent the notice to all departments and regional centers affiliated with it.

“The memo is based on accurate information, and aims to call on the units of the General Security to be on maximum alert and take the appropriate measures in the face of any development on the ground,” he said.

The official described the security situation was delicate, saying it could “get out of control” as popular protests expand and the economy collapses.