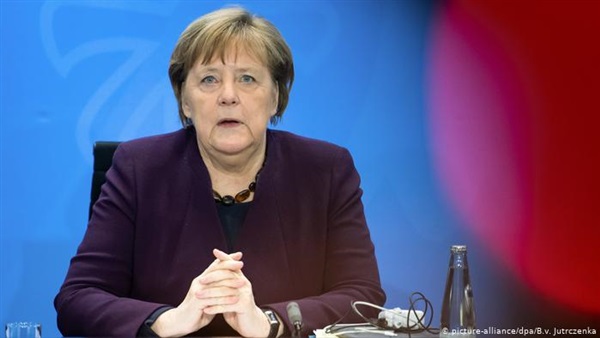 Chancellor Angela Merkel opened the door to a looser approach to managing Germany’s coronavirus outbreak, as she faces pressure to ease curbs including from her own cabinet.

For months, Merkel has relied on the so-called incidence rate to determine pandemic policy. First, she set the threshold at 50 infections per 100,000 people over seven days and then lowered it to 35 to unwind lockdown restrictions locally.

She now appears to be backing away from a rigid reliance on the metric, with no signs that the country can hit her targets. The country’s seven-day incidence rate inched up to 62.6 on Friday.

More testing would allow health officials to create “a buffer so that we would be able to go a bit higher than the incidence rate of 35,” Merkel said Thursday evening in Berlin.

After months of rigid restrictions, businesses and the pandemic-weary public have been clamoring for the government to loosen curbs on Europe’s largest economy. Merkel, who has urged a cautious approach, will meet with Germany’s 16 state leaders on Wednesday to develop a more comprehensive opening strategy.

“It’s about the substance of our economy,” Peter Altmaier, Merkel’s economy minister, said after discussions with more than 40 trade groups. “We all want to prevent a third wave,” but it’s not possible to maintain the lockdown at the current level indefinitely.

He called for a broad opening strategy that combines the incidence rate with quick tests and hygiene restrictions to gradually revive commerce, adding that it could be possible to resume outdoor dining by Easter. The criteria could then be applied locally depending on conditions.

The head of Germany’s public-health institute also called for a broader approach to setting policy.

“There’s not one single number that we can use to make all our decisions,” Lothar Wieler, head of the Robert Koch Institute, said Friday at a press conference, adding that loosening restrictions is intertwined with boosting vaccination rates.

Germany has administered less than seven doses per 100 people, compared with more than 29 for the U.K., according to Bloomberg’s Covid Vaccine Tracker.

With national elections looming in September, Germany’s pandemic fight has become increasingly political. The two leading conservative contenders to succeed Merkel as chancellor have sparred over strategy. Armin Laschet, the head of her Christian Democratic party, recently took a swipe at Merkel’s hard line, while Markus Soeder, the head of the Bavarian CSU sister party, defended the policy.

Finance Minister Olaf Scholz, who is running for chancellor for the Social Democrats, outlined some elements of a possible new opening strategy on Wednesday. He said the incidence rate should be maintained as a guide, while allowing opening with sufficient contact tracing and testing policies in place.

Germany recorded 11,032 new cases in the 24 hours through Friday morning, the biggest daily increase since Feb. 5, according to data from Johns Hopkins University.

In another sign that Merkel is softening her approach, the chancellor gave up her resistance to a European Union vaccine pass, which would give inoculated people privileges such as travel. She had previously balked at the idea because of the sluggish rate of vaccinations in the bloc.

“We have all agreed that we need vaccine certificates,” Merkel said after discussions with other EU leaders, leaving open the kind of privileges they would allow.