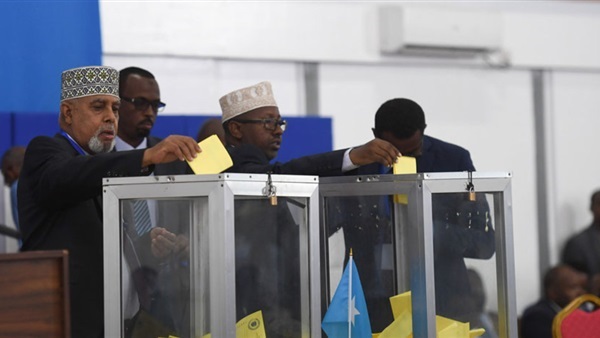 The controversy in Somalia over the issue of the presidential elections is escalating with the postponement of polling and the outbreak of violence in the capital, Mogadishu. The Somali Ministry of Foreign Affairs confirmed in a statement issued on Saturday that the country's government fully accepts the need to resolve the remaining outstanding issues related to the political agreement concluded on September 17 and to settle all issues peacefully through dialogue, adding that it originally proposed organizing elections according to the “one person-one vote” model, which allows citizens to cast their vote directly in both parliamentary and presidential elections, and later agreed on September 17 to hold indirect elections due to the opposition of some federal state heads to that initiative.

The statement stressed that, prior to the supposed meeting between the prime minister and heads of federal states to agree to a technical agreement, some of the potential presidential candidates decided to “turn and skip the process to take the path of illegality and armed rebellion that was presented as a peaceful demonstration guaranteed by the constitution.”

This comes against the background of clashes in Mogadishu witnessed last Friday between pro-government and opposition forces, while the opposition called on President Mohamed Abdullahi Mohamed Farmaajo, whose term expired on February 8, to withdraw his candidacy for the elections.

According to a statement issued by the Council of Presidential Candidates, which consists of 12 candidates for the position of head of state from the opposition parties, Farmaajo lost his legitimacy in participating in the democratic process and running for the highest position in the state for a new term, as he was responsible for suppressing the demonstration in Mogadishu on Friday with the use of firearms.

A number of members of the opposition council were among the demonstrators who protested the extension of the current president's term. One of them, former Prime Minister Hassan Ali Khaire, accused the authorities of committing an assassination attempt, referring to the clashes on Friday. Also, the leaders of the Somali regions refused to come to Mogadishu on February 19 to participate in periodic consultations that the federal authorities had proposed to hold to discuss the upcoming elections.

The leadership of Puntland (one of the Somali regions in the north of the country) said that it will not participate in any negotiations within the formula proposed by the central authorities following the events on Friday.

The leadership of Jubaland (southwest) also expressed its intention to reconsider its previous position on the elections. The opposition council calls for the formation of a national transitional committee, with the participation of members of the council, the heads of the two chambers of parliament, other officials and representatives of civil society, which will organize the parliamentary and presidential elections.

It was planned to hold parliamentary elections in the first half of this month, but the political forces failed to reach agreement on a number of issues related to the voting process, including the composition of the elections committee.

The Arab League expressed its deep concern about the escalation of violence in Mogadishu and affirmed that it is closely following these developments, calling on all Somali parties to immediately engage in a comprehensive dialogue to reach a comprehensive agreement on the means of holding elections and a commitment to fully reject the use of violence.

For his part, Moussa Faki Mahamat, Chairperson of the African Union Commission, expressed deep concern about the deteriorating security and political situation in Somalia, which jeopardizes all the gains made in the country over the past decade.

Faki condemned all forms of violence and called on Somali "stakeholders" to refrain from any actions that might endanger peace and security in the country.