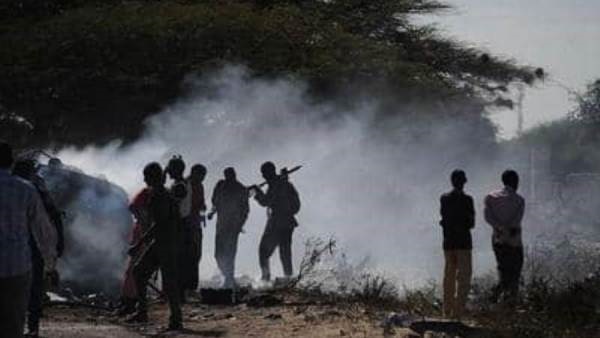 A new political crisis is unfolding in Somalia after the opposition said it would stop recognizing the legitimacy of President Mohamed Abdullahi Farmaajo.

Farmaajo's presidential term came to an end on Sunday, but his eastern African country has not charted a political way ahead yet.

This portends growing dangers for his country, especially with the al-Qaeda-leaning al-Shabaab movement intensifying its attacks in different parts of Somalia.

Somali opposition leaders said in a statement on 8 February that they would not approve any extensions of Farmaajo's presidential term.

There are fears that this will open the door for further unrest in Somalia whose federal government controls only a fraction of Somali territory.

On 17 September, President Farmaajo agreed with five Somali state heads along with the head of the Mogadishu municipality to hold presidential elections before the end of his presidential term on 8 February.

The United Nations was pinning hopes on the elections to open the door for a democratic transformation in Somalia after decades of unrest.

The Council of Opposition Alliance called on President Farmaajo to respect the Somali constitution and form a transitional national council to manage Somalia's affairs in the coming period.

Farmaajo accuses his rivals of failing to honor understandings they reached with him in September 2020 on an election timetable.