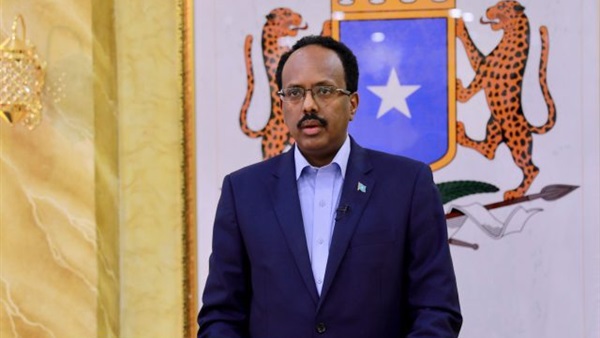 Somalia is paying the price for Fahad Yasin, director of the Somali National Intelligence and Security Agency (NISA) and Qatar’s man in the country, to ignite tribal conflicts and support extremist groups, chiefly Al-Shabaab, which has hidden ties with Yasin, a former Al-Jazeera correspondent and the man in control of affairs in the palace of President Mohamed Abdullahi Mohamed Farmaajo.

During the past few days, conflict has flared up in the capital, Mogadishu, as a result of the efforts of Farmaajo and Yasin to impose a fait accompli policy and keep Farmaajo in power following the end of his term. Somali general elections were scheduled to be held on February 8 but were postponed in efforts to reshuffle the cards in Somalia, which has fragile political stability and has suffered from the ravages of conflict following the collapse of the regime of President Siad Barre in 1990.

By destabilizing Mogadishu, Farmaajo seeks to force the Somali parliament to issue a resolution allowing him to remain in office until his successor is chosen, but the opposition says he is now in the position illegally.

The Somali opposition sees the “procrastination in the elections” as a plot by Yasin to keep the Somali state under his authority and in the hands of the Brotherhood. Therefore, the opposition called to protest against the failure of the Farmaajo government to hold the elections on time.

Former presidents Sharif Sheikh Ahmed and Hassan Sheikh Mohamud lead the opposition and emphasize that the general and presidential elections will be held on time in order to keep Somalia from further division, deterioration and backwardness.

On February 1, the Dhusamareb summit between Farmaajo and Somali state leaders failed to produce a vision for the elections, which deepened the political crisis and led to the return of conflict in Somalia, especially Mogadishu.

Farmaajo tried to evade his responsibility, throwing the ball at the stadium of the regional states opposing his agenda, at a time when most signs indicate that the man is maneuvering to extend his presidential term.

For its part, the opposition Council of Presidential Candidates described Farmaajo as a criminal and threatened to continue demonstrations calling for elections in the country.

The council indicated that it believes Farmaajo has no right to participate in the efforts made to resolve disputes in the elections and called for him to be prevented from participating in the upcoming elections in accordance with what is stipulated in the transitional federal constitution.

The council added in a statement that it became clear that Farmaajo does not want security and stability for the country, does not wish to hold elections, and that he believes in adhering to power by force and staying in power illegally.

The statement pointed out that Farmaajo and all those who support him will be judged for their violations of the law and their harm to the dignity, honor and freedom of Somali citizens.

The statement accused the outgoing government of launching an attack on peaceful demonstrators on Friday, noting that Farmaajo bears responsibility for attacking the demonstrators, describing the use of national forces to suppress the people as a heinous crime and abuse of power.

Media reports indicate that Farmaajo is adopting a plan of "procrastination" and "shuffling the cards" with regard to the local elections and the end of his term, threatening to escalate the situation in Somalia, which is exhausted by internal conflicts and the growing capabilities of Al-Shabaab, as well as the presence of ISIS.

Reports also indicate that some of the federal states of Somalia are concerned about Farmaajo, who is close to Qatar and Turkey, and the Brotherhood remaining in power, in addition to terrorist groups freely targeting the Somali people.

General elections represent a major issue, and disrupting them threatens Somalia. Therefore, it is necessary for the various parties at home and the influential international bodies to agree on organizing electiong. Most important, however, is the need to rethink donor efforts to stabilize Somalia. It is necessary to extend the presence of the African Union mission once again beyond the timeframe set in December 2021. But this also requires more meaningful action on the part of AMISOM, and efforts to build federal forces and Somali state institutions must be accompanied by meaningful accountability measures and deep and effective structural changes.