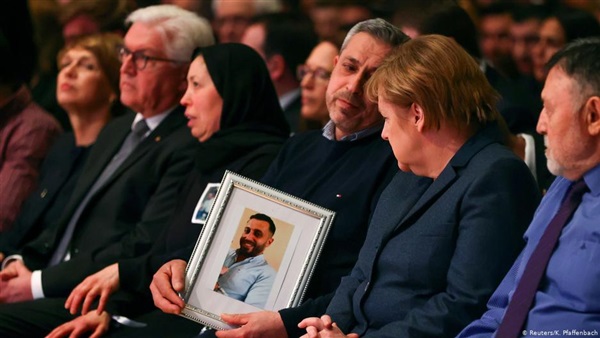 Germany is set to commemorate the victims of a racist shooting spree in Hanau on Friday, one year to the day after 10 people were gunned down by an extremist in the town near Frankfurt.

The attacker, identified as Tobias S, went on the rampage on the evening of February 19, 2020, targeting nine people of foreign descent before killing his mother and then turning the gun on himself.

The attack left behind a grieving community as well as criticism of the authorities, who have been accused of not doing enough to prevent the attack or to support the families in its wake.

"It is high time that the agonizing questions of the victims' relatives ... are answered regarding emergency calls that didn't get through or the arms permit belonging to the culprit," Edgar Franke, the German government's commissioner for victim support, said on Thursday.

The 43-year-old gunman had published pamphlets online prior to the shooting laced with conspiracy theories and racist vitriol.

Demonstrations are planned across the country, including in major cities such as Berlin, Hamburg and Munich.

In Hanau, a rally to mark the one-year anniversary has been organized by an alliance of local youth groups under the banner "Do not forgive, do not forget. Together against racism."

German President Frank-Walter Steinmeier and other top officials are scheduled to participate in a commemorative event in the town, where attendance is limited to around 50 people due to the coronavirus pandemic.

At 7.02 pm (1802 GMT), church bells are to ring out in Hanau and surroundings cities and districts.