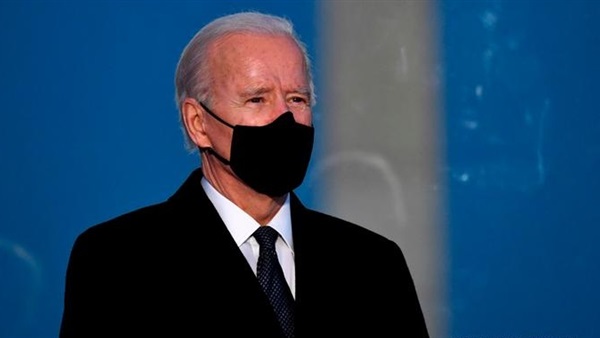 The first signs of a gloomy picture between Turkey and the United States came from a key person in the new Biden administration last week. Secretary of State nominee Antony Blinken on Tuesday said of Turkey: “The idea that a strategic – so-called strategic – partner of ours would actually be in line with one of our biggest strategic competitors in Russia is not acceptable.”

He did not stop there. During his Senate Foreign Relations Committee confirmation hearing, he said that, after assessing the impact of the existing sanctions on Turkey, Washington has to determine whether more pressure is needed.

Blinken is known for his criticisms of Turkey, but his reference to a NATO ally as a “so-called strategic partner” before he has even assumed office suggests that Ankara faces an uphill task with this administration. He probably does not want to admit that Turkey has the right to maintain good relations with both the United States and Russia.

Another key figure in the new Biden team is retired army general Lloyd Austin, who is now secretary of defence. In 2013, he was appointed commander of U.S. Central Command (CENTCOM), which was responsible for the defence of U.S. interests in the Middle East, Central Asia and South Asia. He cooperated with Turkey within the framework of the U.S. train-and-equip programme, as part of the fight against Daesh (the Islamic State) in Syria, but this programme later turned into a failure. The fighters of the Syrian armed opposition were trained in Turkey and sent to Syria in 12 vehicles equipped with machine guns but, as soon as they crossed the border, several fighters handed over their trucks, weapons and ammunition to the Nusra Front.

After this drawback, Austin turned to the Kurdish fighters because — despite Turkey’s strong opposition — the United States found them more reliable and better fighters. Austin was the first American military official to admit, in a Senate hearing in September 2015, that the United States was engaged with the Kurdish fighters of the People’s Protection Units (YPG) and that they were providing consultancy services and assistance to the Kurds.

Austin retired in 2016 but, while commanding CENTCOM, he played a crucial role in arming Kurdish fighters. Now that he has become a top official responsible for the implementation of U.S. military plans not only in the Middle East but all over the world, Turkey has reason to be worried.

The third senior official whose appointment did not cause Turkey to rejoice is Brett McGurk, the White House’s special representative for the Middle East and North Africa. He is considered the architect of U.S. policy on the Syrian Kurds. The Turkish media has published critical remarks about his relations with the leadership of the Syrian Kurds.

National Security Adviser Jake Sullivan is another name that Turkey has had some misgivings over in the past. In an article he wrote in 2017, he likened Turkey’s arrest of some members of the U.S. embassy staff in Turkey to “hostage taking” and harshly criticised Ankara’s military operations against the Kurds in Iraq. He also criticised former U.S. President Donald Trump for not being tough enough on Turkish President Recep Tayyip Erdoğan and the ruling Justice and Development Party (AKP). He suggested imposing sanctions on the Turkish officials involved in corruption and on defence industry officials.

Last but not the least is President Joe Biden himself. He has been critical of Turkey on many occasions. As a senator, he either sponsored or supported many resolutions against Turkey’s interests.

Furthermore, because of his long public service, Biden is aware of Turkey’s importance to the Euro-Atlantic community. Therefore, he will be able to weigh up the pluses and minuses of any step that might antagonise Turkey.

There are other names too, but the ones mentioned above are expected to take executive decisions that will affect Turkey in one way or another.

November’s U.S. presidential election was closely monitored in Turkey and the Turkish bureaucracy must have prepared for several scenarios in future negotiations. Irrespective of the negative attitude Biden’s appointees may have had in the past, one advantage is that most of them know Turkey fairly well. They will probably try to keep Ankara under control without risking losing it as an ally.

A storm may be approaching, but the damage it will cause is still difficult to forecast.