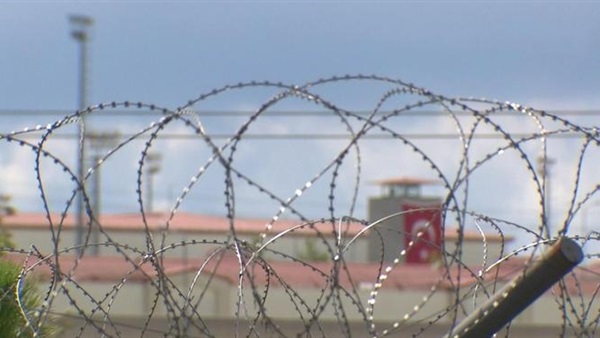 Turkey’s defence and human rights lawyers are being increasingly targeted through abusive criminal investigations and unfair prosecutions while accused of the alleged crimes of their clients, wrote Stefan Simanowitz, Amnesty International’s media manager for Europe.

Citing multiple examples of targeted lawyers such as Taner Kılıç, İdil Eser, Günal Kurşun and Özlem Dalkıran, Simanowitz in a article he penned for Euronews on Sunday said politically motivated verdicts were posing an increased danger to Turkey’s legal community.

Kılıç, the honorary Chair of Amnesty Turkey, was arrested in June 2018 on charges of membership of a terrorist organisation and released after serving 432 days in pre-trial detention.

Fellow lawyers Eser, Kurşun, Dalkıran were also convicted in “politically motivated verdicts’’ Simonowitz said and sentenced to over one year in prison for "assisting the Fethullah Gülen terrorist organisation," a religious group accused by Ankara of orchestrating the failed coup attempt of July 2016.

Noting the cases are not rare, Simanowitz said detaining lawyers had become routine practice in the country, adding “hundreds of lawyers are now believed to be in pre-trial detention or serving prison terms in Turkey’s overcrowded jails.’’

A recent examples of the crackdown on lawyers in the detention in November of dozens of lawyers as part of an ongoing investigation into the Democratic Society Congress (DTK) which the authorities claim is linked to the outlawed Kurdistan Workers’ Party (PKK), an armed group that has been in war in Turkey for almost four decades.

“The targeting of defence lawyers with criminal charges for executing their duties contravenes the UN Basic Principles on the Role of Lawyers and critically undermines the right to a fair trial,’’ Simonowitz wrote.

Turkey is eroding the basic tenets of the rule of law, he noted, by way of “abusive investigations, arbitrary detentions and unfounded prosecutions under vaguely defined anti-terrorism laws.’’