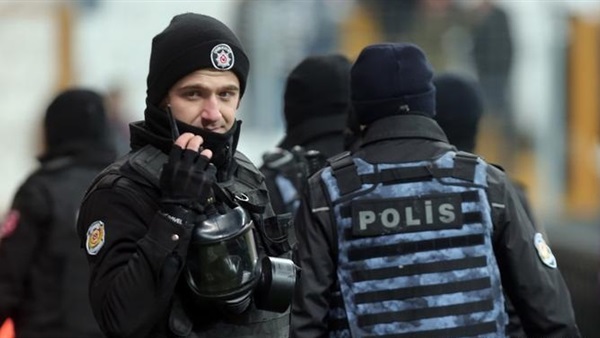 In Turkey, figures connected to the Turkish mafia are experiencing a feeling of confidence as expressed in their public appearances and remarks.

On Sunday, Turkish broadcaster Yol TV shared a video recorded over TikTok of mafia leader Alattin Çakıcı enjoying a meal outdoors surrounded by a suited entourage. After finishing his meal, Çakıcı exits, flanked by a convoy of black cars.

This mafioso grandeur is not in any way itself more than a display of pomp from a godfather of Turkish organised crime, but the swagger of it embodies the confidence felt by mafia figures today in Turkey.

Çakıcı, a mobster from the city of Trabzon in northwestern Turkey, enjoys a layer of high level of support from the political class for his exploits as a government hitman in the 1980s. Arrested for ordering multiple contract killings, he was released last year as part of a controversial prisoner amnesty bill signed by President Recep Tayyip Erdoğan.

He remained quiet after the initial furor died down until Çakıcı issued a death threat against the main opposition Republican People’s Party (CHP) leader Kemal Kılıçdaroğlu.

Dr. Yektan Türkyılmaz, a research fellow at the Forum for Transregional Studies in Berlin, Germany, suggested that the mafia in Turkey is experiencing a growth in stature that predates Cakici’s release and goes back to the aftermath of the failed coup attempt in July 2016.

“In the post-coup environment, these mafia figures began to become influential figures in politics,” said Turkyilmaz, who described this rise as “unheard of” in Turkey.

Prior to the failed coup, the mafia was routinely the target of law enforcement raids and investigations, but they experienced something of a realignment closer to one another as the Turkish state began to pursue a new set of internal enemies. This is not a new trend in Turkish history; Çakıcı himself was reportedly employed by the National Intelligence Organisation to kill members of the Kurdistan Workers Party (PKK) and the Armenian Secret Army for the Liberation of Armenia (ASALA). The relationship between the government and the mafia was forced into the limelight after the Susurluk scandal in 1997.

Erdoğan’s alliance with the ultranationalist National Movement Party (MHP) also plays into the sense of empowerment for Çakıcı and other powerful mafioso. The MHP leader, Devlet Bahçeli, is a known ally of Çakıcı who lobbied heavily for his release and considers him a hero for his service to the MIT.

Çakıcı’s own nationalist views have been made known to the public before. Following the victory of the People’s Alliance in the 2018 election, Çakıcı lambasted Erdoğan for not crediting either the MHP or Bahçeli for contributing to their victory.

“You are not the owner of this state! The cornerstone of the state is the ülkücü people… do you love Turkey as much as Bahçeli?" he wrote in a Facebook post following Erdoğan’s victory speech that night. Çakıcı then warned that Erdogan was “only a passenger, but ülkücü people and Turkish nationalists are the hosts [of the nation].”

He is not the only ultranationalist from organised crime who has become politically vocal. Sedat Peker, another known mobster, has called for Turks to support Erdogan and assailed the MHP in the past for critical statements against Erdogan. Known for his pan-Turkic views, Peker has made a number of pronouncements about what he believes the proper direction of the country should be.

Last October, Alaatin Çakıcı’s photo appeared along with former police chief, politician and minister Mehmet Ağar, retired colonel Korkut Eken and retired lieutenant general Engin Alan in one of Turkey’s most famous touristic towns, Bodrum. The four figures who were accused of some of the most horrific crimes of the 1990s, were confident enough to be their picture taken in front of a Marina whose owner, Mubariz Mansimov, recently jailed due to allegations of being a member of the Gulen Movement, which the Erdoğan government blames for the 2016 failed coup attempt.

Mehmet Ağar is also known to be close ally of the current Interior Minister Süleyman Soylu. Soylu, after the departure of Erdoğan’s son-in-law and former Finance Minister Berat Albayrak, considered to be the second most powerful Turkish cabinet minister who has aspirations for the long haul as the future leader of Turkey.

Türkyilmaz explained that in the interactions between the mafia and the state there is usually a power imbalance in favour of the authorities. In Turkey’s case, the mafia’s sense is that in some ways it is now a political power itself

“That relationship is changing in the sense that the mafia has started presenting itself as a political power,” Türkyılmaz told Ahval. “They have ideas of how the state should work, how good statesmanship should be like and what the proper form of government is.”

He also adds that the weakening of the power of state institutions may be contributing to the growing power of the mafia in relation to it. In the two decades since the AKP came to power, Turkey’s state bodies have become more subservient to political dictates rather than act as apolitical entities. The increased polarisation of the Turkish public from Erdoğan’s divisive leadership has also fed into a rhetoric of “us vs them” at home. By aligning themselves firmly with the right-wing People’s Alliance, the mafia is given at least some level of political legitimacy to players like Bahceli and his MHP.

The AKP has appeared uncomfortable at times with this situation. After Çakıcı threatened the CHP leader last year, the party’s spokesperson only offered a gentle rebuke before going on to defend Bahçeli’s right to maintain a personal relationship with the mobster.

This sense of impunity for a mobster has chillingly been enforced by the state itself. In late November, it was reported that a Turkish citizen in the Kuşadası district of Aydın on charges of “inciting enmity and hatred’’ after he posted an insult against Bahçeli online. Prior to his arrest, the citizen’s brother said the family was threatened by members of the “Idealist Hearths” (Türk Ocakları) in Kuşadası for speaking against Çakıcı.

To Turkyilmaz, the state is “crumbling” from Turkey’s divisions that are empowering and legitimising the position of organised crime.