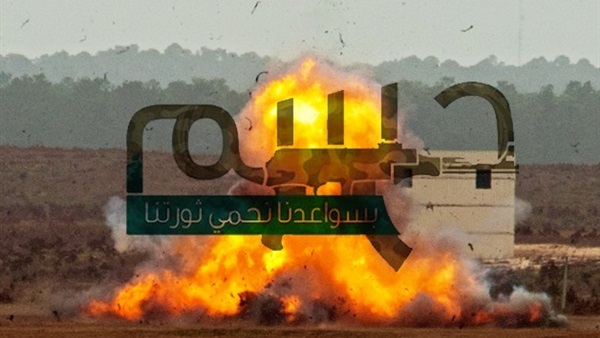 On Sunday, January 17, 2021, the US State Department announced the tightening of penalties against Hasm, and includes two of its leadership on the list of terrorism, Alaa Al-Samahi, founder of Hasm movement, and Yahya Moussa.

He is one of the leaders of the Brotherhood. He fled Egypt after the dispersal of the Rabaa and al-Nahda sit-ins. He headed to Turkey, and from there he directed the planning and implementation of terrorist operations, under an official mandate from the group’s leaders.

He also founded several terrorist groups affiliated with the group, including Hasm movement and the Revolution Brigade.

He is the first founder of Hasim Brotherhood, called Ali Ali Muhammad al-Samahi, famous for Alaa al-Samahi, born in the Gharbia Governorate in 1986.

Like other leaders fleeing to Turkey, he was the most prominent participant in the 2013 Rab'a sit-in, as he planned acts of violence and terror across the country.

Samahi is known to be the leader of what is known as the Brotherhood-terrorist armed movement, and he is one of the most prominent leaders of the armed wing, or the so-called "Kamaliyoun" wing, after its terrorist founder Muhammad Kamal, who was killed in confrontations with the Egyptian security in 2016.

After his escape to Turkey, Samahi became among those responsible for the Brotherhood’s specific committees that carry out terrorist operations inside Egypt.

While he was in Turkey, Alaa Al-Samahi communicated with one of the young men of the terrorist Brotherhood, Muhammad Al-Saeed, who was arrested, and he confessed to Al-Samahi, that he was getting 100 thousand dollars a month to manage and finance the violence operations in Egypt, and he said that he was communicating with him in Turkey Via Telegram app.

In 2017, "Egypt, Saudi Arabia, the United Arab Emirates, and Bahrain" announced that they are in light of their commitment to fighting terrorism, drying up its sources of financing, combating extremist ideology and tools for spreading and promoting it, and joint work to eliminate it and immunize societies from it, and within the framework of its joint effort in cooperation. With partners active in the fight against terrorism; It announces the addition of two entities, and eleven individuals, to its banned terrorist lists, as follows:

The statement added that the two listed entities are two terrorist institutions that work to promote terrorism by exploiting Islamic rhetoric and using it as a cover to facilitate various terrorist activities, and that individuals have carried out various terrorist operations, during which they obtained, and received direct Qatari support at different levels, including providing them.

The four countries affirm, through their monitoring, that the authorities in Qatar continue to support, embrace and finance terrorism, encourage extremism, and spread hate speech, and that these authorities have not taken effective measures to stop terrorist activity.