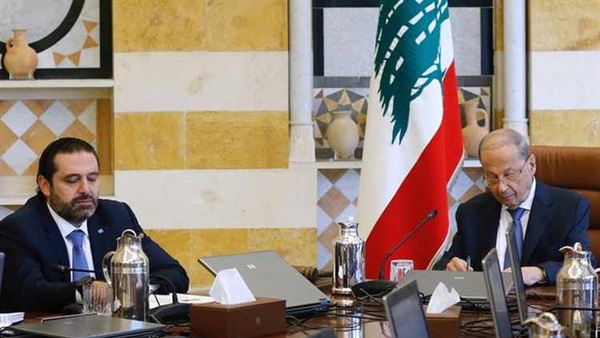 President Michel Aoun and Prime Minister-designate Saad Hariri exchanged accusations Friday on the stalemate in the formation of the new government.

The accusations began Friday after the presidency issued a statement saying the president did not ask for veto power in the new government.

“Allegations abound that the head of the strong Lebanon bloc, MP Gebran Bassil, is impeding the formation of the government, while reality confirms that Bassil has not engage in the process,” the statement said.

The presidency also refuted claims that Hezbollah interfered in Aoun’s decisions, including the formation of the government.

It noted that concerning the process of choosing ministers, naming them and distributing ministerial portfolios, is not the exclusive right of the prime minister. “The president has the constitutional right to approve the cabinet formation before signing the decree,” the statement said.

It called on the Prime Minister-designate to head to Baabda Palace to bring his lineup, which takes into account fair representation in line with the provisions of the constitution.

Sources close to Hariri said, however, that the presidency insists on forming a government based on Bassil’s criteria.

“Hariri’s position towards the cabinet formation has not changed. He wants a government based on the constitution and respecting national unity and the French initiative,” they said.