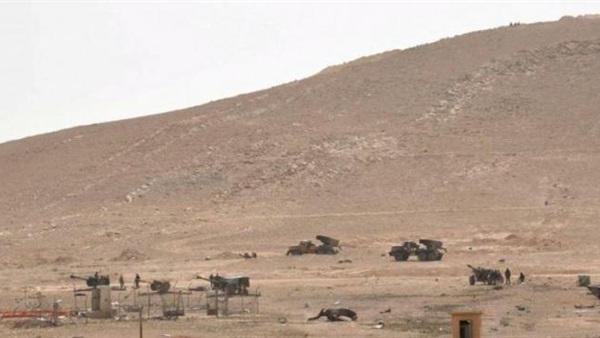 The Saudi-led Arab coalition said it had thwarted an attack launched by the Houthis on Saturday towards the Saudi capital Riyadh, Saudi state TV said on Twitter.

This came after it thwarted two attacks by the Iran-backed militias in Yemen on Friday morning.

Yemen's Information Minister Muammar al-Eryani has called on the international community to listen to the "voices of Yemenis demanding the designation of Houthis as a terrorist group.”

He further urged the international community to impose sanctions on Houthi leaders involved in war crimes and crimes against humanity.

Eryani said such step would set a limit to the daily terrorism the militia practices against the Yemeni civilians.

He brought to attention the longest human chain organized by protesters who reiterated this demand in Taiz. The event was held a day after the militants shelled a football stadium killing and injuring four players, three of them were children.

The Office for the Coordination of Humanitarian Affairs said that “this is another shameful attack on civilians in Taiz,” noting that it is another shocking breach of the international humanitarian law.

“Children continue to pay the highest price in this conflict, and far too often they are paying with their lives,” it added.

Radar Watch, an independent right group established in the Netherlands by Yemeni activists, said on Sunday that arbitrary shelling by the Houthis had killed 691 civilians, including 252 children and 101 women, and wounded 2,898 others, including 1,013 children and 279 women, from early 2015 to mid-2020.

It denounced the attack and considered it a flagrant violation to the International Humanitarian Law, stressing that the committers must be held legally accountable.