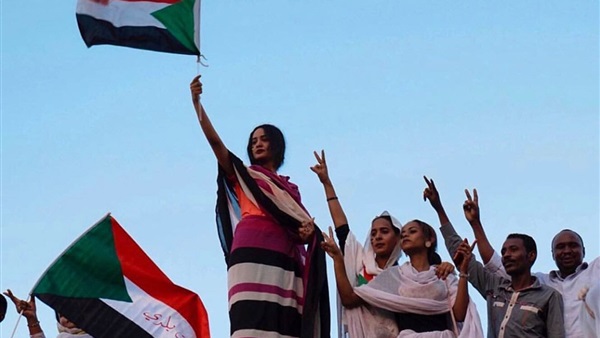 Sudan will soon discuss annulling a law that prohibits establishing relations with Israel, according to a source at the Justice Ministry.

The news was first reported by the Israeli Makan Channel, affiliated with the Israeli Broadcasting Corporation, which announced that the Sudanese authorities will abolish the act boycotting Israel, in preparation for activating the peace agreement.

The Israel Boycott Act 1958 prohibits transactions with Israeli nationals or residents and dealing with any company, Sudanese or foreign, that has an interest in Israel.

It bans the import of Israeli-produced goods, the export of goods to Israel, and any exchange or trade in Israeli goods and commodities transported in Sudan, whether received from Israel directly or indirectly.

The Israeli channel quoted a Sudanese source as saying that authorities are working to activate the peace agreement signed between Khartoum and Tel Aviv, which the Act prevents its implementation.

Sudan wants to repeal this law which will help lay the foundations for establishing and developing relations between the two sides.

Abolishing the act and paving the way for strengthening relations between Khartoum and Tel Aviv falls within the priorities of the sovereign council, the Channel quoted the source as saying.

However, a high-ranking source at the sovereign council denied reports about annulling the law, asserting to Asharq Al-Awsat that the council is not discussing the decision.

A government source hinted that the act may be under deliberation at the Justice Ministry, which was confirmed by another source at the ministry.

On January 6, Khartoum signed the "Abraham Accords" with the US to normalize relations with Israel. This came during the historic visit of former Treasury Secretary Steven Mnuchin to Khartoum.

Sudan is expected to witness legal and constitutional amendments that allow it to deal directly with Israel, including the abolition of the boycott act.

Sudan is the third Arab country to ink the "Abraham Accords" after the United Arab Emirates and Bahrain last year.

In December 2020, the Sudanese government approved the normalization of relations with Israel, and on the same day, former US Secretary of State Mike Pompeo said Washington has officially removed Sudan from the list of state sponsors of terrorism.

The designation of Sudan as a state sponsor of terrorism dates back to 1993.

He became the first Sudanese top official to hold talks with an Israeli official since the issuance of the boycott act.

In response to the campaign against the normalization of relations with Israel, Burhan told Asharq Al-Awsat that his meeting with Netanyahu came “within the framework of Sudan’s search for national and security interests.”

Later, Sudan held meetings with a US-Israeli delegation in Abu Dhabi which discussed the normalization of relations with Tel Aviv, without reaching an agreement.

Normalizing relations with Israel was one of the conditions of the US administration to remove Sudan from the list of state sponsors of terrorism.