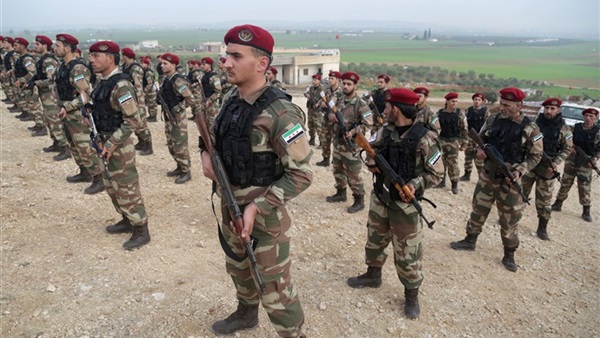 Turkish-backed Free Syrian Army (FSA) forces were caught selling arms to the Islamic State in Iraq and Syria (ISIS), prompting a wave of resignations in the Turkish military that protested the delivery of arms to the FSA, Nordic Monitor has learned.

According to secret documents seen by Nordic Monitor, the officers operating in Syria as part of Turkish Military Special Forces Command (Özel Kuvvetler Komutanlığı, or ÖKK) units discovered that FSA fighters sold arms provided by Turkey to ISIS in January 2017. The scandalous revelation prompted some 50 officers to offer their resignations from the military. The officers protested the sale and questioned the training and arming of FSA fighters while they were cozying up to ISIS and providing them with material support.

Alarmed by the fallout from the incident, the General Staff intervened, and Lt. Gen. Zekai Aksakallı, the then-commander of the Turkish Special Forces, threatened officers who wanted to resign with negative repercussions. He managed to contain the scandal and hushed it up while preventing the officers’ resignation, which could have been an embarrassment for the government of President Recep Tayyip Erdoğan.

Aksakallı was a key officer who worked with Turkish intelligence agency MIT during a failed coup on July 15, 2016 in coordinating events that many believe was a false flag operation to benefit the Erdoğan government. Thousands of officers including generals and admirals have been purged from the Turkish military since 2016, and most of them were jailed on dubious charges. Using the incident as a pretext, the president removed officers who had shown resistance to military incursions into Syria and were opposed to the arming of radical rebels recruited by MIT. Aksakallı was appointed commander of the Second Army in August 2017.

In a rush to prevent resignations in the event the threats failed to work, the Erdoğan government even issued executive decree No. 681 under a then-ongoing state of emergency amending Personnel Law No. 926 of the Turkish Armed Forces, which was originally passed by parliament on July 27, 1967. The decree, issued on February 1, 2017, extended the compulsory service period for officers and noncommissioned officers from 10 to 15 years. As a result officers who wanted to leave the military were forced to stay under the new amendment.

The Erdoğan government was found to be aiding and abetting armed jihadist groups in Syria including al-Qaeda and ISIS, providing arms and material supplies and facilitating the passage of Turkish and foreign fighters to and from Syria. MIT has been working with some ISIS groups in Syria and Turkey, negotiating with ISIS leaders for the delivery of logistical supplies to ISIS-held territories in Syria. The officers in the Turkish military who opposed MIT’s clandestine activities with ISIS and other jihadist groups were either purged or jailed in Turkey.

In August 2016 Turkey sent tanks across the border for what the Erdoğan government claimed to be an operation to help Syrian rebels drive ISIS from the border city of Jarabulus. The incursion, called Operation Euphrates Shield, was terminated in March 2017 after Turkish troops and rebels took control of Al Bab. The ÖKK officers who wanted to resign highlighted the cynicism on the part of the government in their draft resignation letters, stating that while they were fighting against ISIS, Turkish-backed rebels were selling their arms to ISIS.