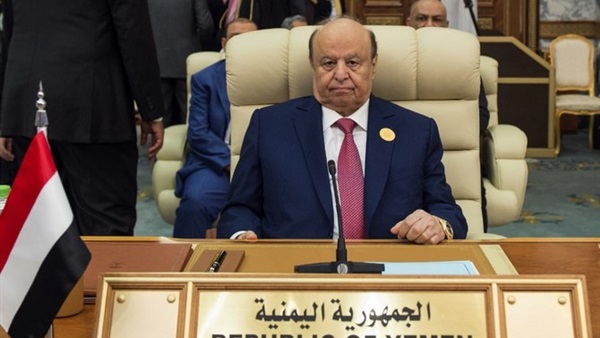 Popular welcomes of US moves to designate the Houthi militia in Yemen as a terrorist organization.

US Secretary of State Mike Pompeo said on Sunday that the US planned to blacklist the Iran-backed group this month and place a number of its leaders on terror lists.

The Secretary General of the GCC Nayef Falah Al-Hajraf described the move as “a necessary step that is consistent with the demands of the Yemeni government [which wants] to put an end to violations that these militias carry out against the brotherly people of Yemen.”

He said the Houthi’s threat to the region was part of the Iranian regime’s agenda.

Al-Hajraf said he hopes the designation puts an end to the “terror acts” of the Houthis and its supporters.

He said it would also help block the supply of ballistic missiles, drones and other weapons that the militia uses to target the Yemeni people, threaten international shipping and neighboring countries.

Saudi Arabia and the UAE have also welcomed the decision by the US administration.

The UAE Minister for Foreign Affairs Anwar Gargash also welcomed the US decision to place the leaders of the militia group in the terrorist list.

“The Houthi militia’s coup against the state and its institutions and the Yemeni society and its social and civil fabric sparked violence and chaos and led to the tragic deterioration of the humanitarian situation in brotherly Yemen,” Gargash said on Twitter on Tuesday.

Gulf countries back Yemen’s internationally recognized government, which was driven from the capital Sanaa in 2014 by Houthi forces. The takeover sparked the conflict which continues today and has devastated the country.