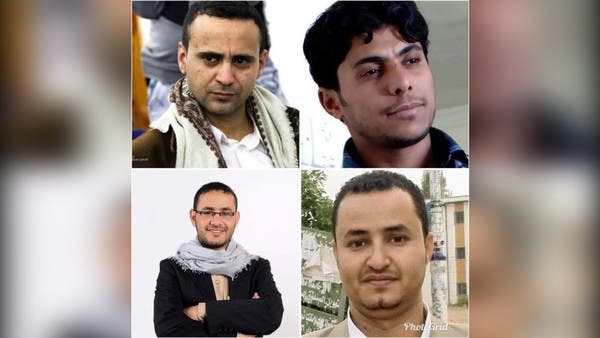 The Yemeni Minister of Information and Culture, Muammar Al-Eryani, accused the Houthi militia, on Friday, January 15, 2021, of carrying out executions against civilians in the Al-Hayma in ​​Taiz governorate, southwestern Yemen, calling on the international community to condemn them and punish the perpetrators.

The Iranian-backed Houthi militia executes civilians in the field in the manner of Al-Qaeda and ISIS, after storming the villages and homes of Al-Haima in Al-Taiziyah district in Taiz governorate, Al-Eryani said, in a series of tweets on his Twitter account.

The Yemeni minister pointed out that the Iranian-backed militia imitated their corpses and crucified them on trees, in one of its barbaric terrorist crimes that befell humanity, adding: “This heinous crime reminds us of the execution by the terrorist Al-Qaeda organization and the crucifixion of the dentist Mazhar Al-Youssefi in the health center of Al-Souma District in the governorate.

Al-Eryani said this confirms the conformity of the practices, crimes and violations of the Houthi militia and its counterpart terrorist groups, ISIS and Al-Qaeda.

The Yemeni Minister of Information called on the international community and organizations and bodies concerned with human rights to condemn the war crimes committed by the Houthi militia, the last of which is the killing and crucifixion of civilians and the destruction and burning of their homes in Al-Hima in Taiz, and work to include them in terrorist lists, and to ensure that their leaders do not go unpunished.