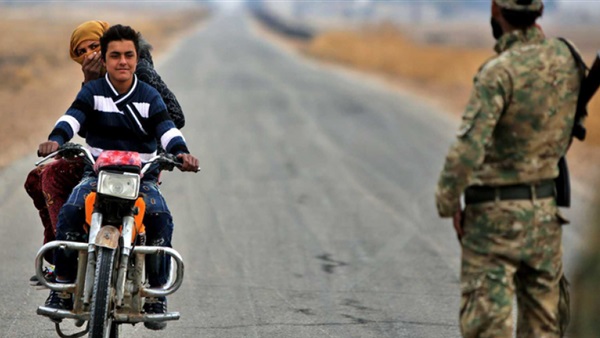 The Autonomous Administration of North and East Syria (AANES), also known as Rojava, accused the Syrian regime of evading its responsibilities and directing public attention to issues and matters that lack credibility.

The Syrian regime continues to use politics to distract the public opinion, read Rojava’s statement, asserting that any talk of a conspiracy is an attempt to evade its duties and postpone the solution.

The statement was issued after Damascus sent a letter to the United Nations Secretary-General and the Security Council regarding the airstrikes on Deir Ezzor and Abu Kamal.

Head of the Office of Rojava’s External Relations Abdulkarim Omar asserted that the administration is independent in its political and military decisions.

Abdulkarim noted that the regime should abandon the policies and language that impede dialogue and any efforts for reaching a solution, warning that they only deepen the crisis in Syria.

He indicated that the regime cooperated with Turkey allowing it to take more Syrian lands, further expanding Ankara’s occupation.

The Autonomous Administration will continue to work within the goals and principles it believes in for a democratic, pluralistic, and decentralized Syria, asserted Abdulkarim

In a statement issued last Wednesday, the Syrian Foreign Ministry reiterated that it continues to reserve the right to respond to Israel’s frequent and escalating attacks on the country which target military positions of Iranian and regime forces.

It accused the Syrian Democratic Forces (SDF) of “repressing the people of Syria in areas under their control”.

“Syria confirms that the Israeli aggression on positions in Deir Ezzor province coincides with SDF’s criminal and repressing practices against the Syrian people in al-Hasakah, Deir Ezzor, and al-Raqqah.”

The US embassy in Damascus issued a statement on its Facebook page announcing its support for the intra-Kurdish talks.

“The United States supports the ongoing Syrian Intra-Kurdish Dialogue and looks forward to its continued progress. These discussions support and complement the broader political process under UNSCR 2254 toward securing a brighter future for all Syrians.”