New signs of economic collapse: Lack of confidence in Erdogan 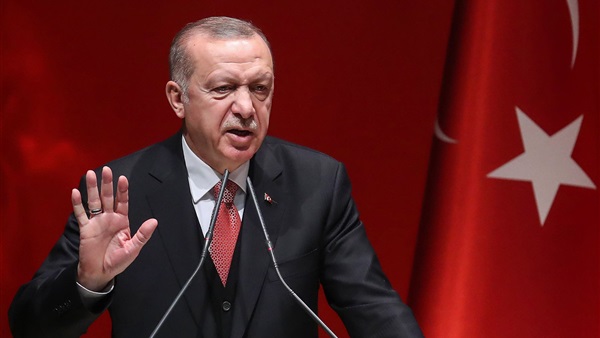 The economic collapse in Turkey coincides with the fall of Erdogan, and the evidence is the decline in Erdogan’s popularity, lack of confidence in his government and the economic measures that he recently took, which is clear, as the demand for gold continues, instead of the lira, pressing for the increase in the current account deficit, which has expanded more than expectations.

According to official information, the Turkey’s current account deficit widened to $4.06 billion in November, as demand for imports such as gold continued even after the central bank raised interest rates.

The central bank said on its website that the current account gap grew by $15 million in November compared to a year ago, raising the persistent 12-month deficit to $38 billion.

The country was expected to post a deficit of $3.7 billion in November, according to the median estimate in a Reuters poll of 11 economists last week. Forecasts ranged from $1.1 billion to $4.1 billion. It is the largest deficit since August, at $4.71 billion.

Turkey's current account gap has widened sharply, driven by a government-backed borrowing boom, putting pressure on the beleaguered lira, which slumped to successive record levels last year. Lira losses and rising inflation prompted the central bank to intervene and raise the benchmark interest rate to 17% from 8.25% in September.

The current account deficit in Turkey is largely due to the lack of exports versus imports, while the country's foreign trade deficit doubled in November year on year to more than $5 billion, according to data from the Turkish Statistical Institute (TurkStat).

The central bank said that the current account for the month of November recorded a surplus of $632 million, excluding gold and energy. This compares to a surplus of $4.09 billion in the same month in 2019.

The Reuters poll showed that the current account gap by the end of the year could reach $37.7 billion. That is, the average forecast rose from $35 billion in November.

The Turkish lira fell more than 2% against the dollar on Monday, with continued gains in the US currency amid hopes of further stimulus to the US economy.

According to Bloomberg News, female unemployment has reached 5.15%.

Among males, it reached 5.11%, rising for the first time after declining over the past three months.

Youth unemployment reached 8.24%, rising for the first time after four months of decline.

Economic researcher Guldem Atabay Sanli confirms that the next year is worse in terms of economic indicators for Turkey, saying, “In the nineteenth year of the AKP’s government’s power, you find that locals do not believe the economic reform story and do not return to the lira again compared to the demand for the dollar. Although recent investments in Turkey after the interest rate hike seem encouraging, the policies pursued in Turkey need a complete realignment of significant growth in GDP.”

Aykan Erdemir, a former member of the Turkish parliament and first director of the Turkey program at the Foundation for Defense of Democracies, and researcher John Lechner confirmed in a joint article that they anticipated the signs of a stormy economic crisis threatening the Turkish economy in crisis, and they looked at the latest gold rush in Turkey and what it reveals about the country's economic reality, describing the Turkish economy as "a train wreck in slow motion." In turbulent times, the Turks seek to convert their savings into gold to protect against the fluctuations sweeping the currency, and this matter is more expressive in Turkey compared to other places, where a history of financial crises that hit the Turkish economy has undermined Turks' confidence in political and economic institutions.