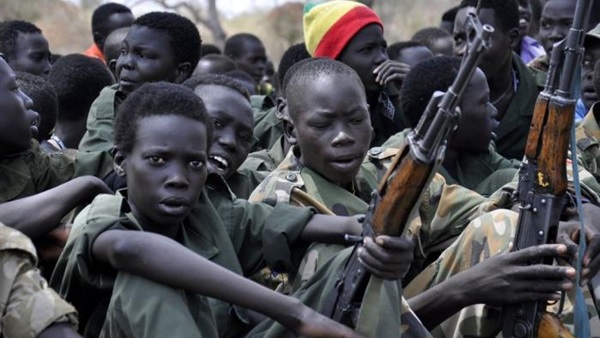 With its ceaseless terror, Boko Haram caused a humanitarian crisis in the Lake Chad Basin region, which led to the displacement of nearly 1.4 million children, according to the United Nations Children's Fund (UNICEF). Boko Haram is exploiting and recruiting these children to implement the group's terrorist operations.

The violence caused by the terrorist group Boko Haram has put at least one million children under siege in hard-to-reach areas of Lake Chad.

UNICEF issued a report on Monday, January 11, 2021, under the title "Children Left Behind", about the impact of violence and rebellion of Boko Haram on children in Nigeria, Cameroon, Chad and Niger.

The report dealt with the Lake Chad crisis and its impact on children, noting that the crisis should be addressed through the solidarity of the countries of the world and the countries surrounding Lake Chad so that solutions are found to protect children displaced by Boko Haram.

In need of help

Fontaine indicated that 2.6 million people are currently displaced. UNICEF fears that 2.2 million people – more than half of them children – are trapped in areas under the control of Boko Haram and are in need of humanitarian assistance.

Boko Haram has used about 38 children to carry out suicide attacks in the Lake Chad Basin so far, bringing the total number of child suicide bombers since 2014 to 86. UNICEF estimates that there are 475,000 children across Lake Chad suffering from acute malnutrition, up from 175,000 per year in northeast Nigeria alone.

The impact of the terrorist acts of Boko Haram was very heavy on children, as the group separated an estimated 20,000 children from their families, which complicates the issue and increases the exploitation of children by the terrorist group.

UNICEF has not stopped providing support with its partners to meet the basic needs of children and their families in conflict-affected areas, as UNICEF received only 13 percent of the $308 million it needs to provide assistance to families affected by Boko Haram violence across Nigeria, Niger, Chad and Cameroon.

UNICEF launched numerous appeals to donors to increase their support for communities affected by terrorist acts, especially those affected by the violence and exploitation of children by Boko Haram in carrying out suicide attacks.

Boko Haram has always exploited children in Lake Chad to carry out suicide operations, as children are easier to move and do not attract the attention of the security services, whether local or international.

Terrorist groups do not take into account the interests of children, nor do they grant them their natural rights guaranteed by the United Nations Convention on the Rights of the Child. Rather, they are exploiting children in the implementation of their malicious operations that exploit everything available.

In 2014, at least 196 workers in the education sector in Nigeria were killed, in addition to 314 schoolchildren, while more than 300 schools were subjected to attacks by Boko Haram, whose name means that girls' education is prohibited, according to the local language.