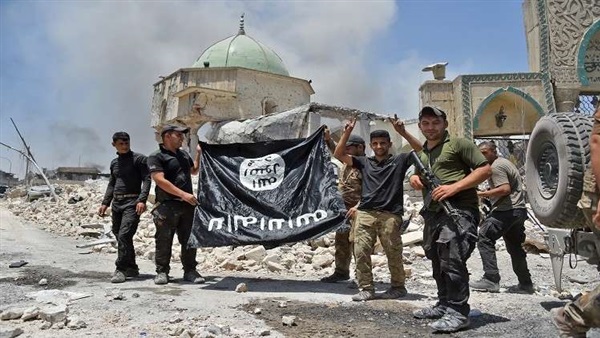 The French Ministry of Defense has warned against the resurgence of the Islamic State group (ISIS) in Syria, for the first time after it lost its stronghold in the country, namely the eastern village of Baghuz.

French Minister of the Armed Forces Florence Parly said that her country believes that ISIS is still present.

She added in an interview with a number of French media outlets that the terrorist organization is returning in Iraq and Syria.

ISIS has already reappeared in Syria, especially in the Syrian Desert, amid reports by the United Nations that around 10,000 ISIS terrorists are still active in Syria.

ISIS declared recently that it had launched 593 attacks in the past period. The attacks, it said, left 1,300 people dead and injured.

The forces succeeded recently in arresting an ISIS terrorist in the western province of Anbar.

The Iraqi intelligence also succeeded in arresting a senior ISIS operative. The operative also gave the authorities information about the places where ISIS remnants are hiding their weapons.

This brings the number of ISIS terrorists arrested by Iraqi authorities in the past few days to five.

The media department of the Iraqi Interior Ministry also declared the killing of seven ISIS terrorists and the destruction of an ISIS tunnel in Kirkuk.