Houthis continue their violations against citizens of Taiz 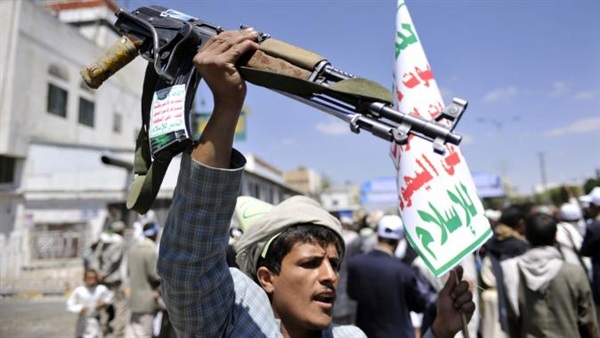 The terrorist Houthi militia in Yemen continues its violations against the Yemeni people, as on Wednesday, January 6, it stormed the governorate of Taiz in southern Yemen, claiming that it was searching for people it said were loyal to the country’s legitimate government, and it also blew up about 20 houses and killed 14 people, including a child and two women, according to an official statement by the state and some Yemeni newspapers, including New Yemen.

New Yemen said in a report that the Houthis invaded the town of Al-Hamiyah in Taiz after it was besieged by military crews, armored vehicles and heavy machinery, while the tribal militants were dispersed relying on a street war between Al-Sittin Street and Al-Hima.

The newspaper added that the people rose up after the militia detained the town's sheikhs after they requested consultation and launched a campaign under violent artillery cover under the pretext of searching for one of the elements associated with the legitimate government, in addition to the mass arrests of dozens, including young people.

For the third day in a row, Houthi elements continued to attack the town of Al-Hamiyah, Taiz, as they cut off the communication network in the area, according to New Yemen.

In the same context, the legitimate government condemned the Houthi attack on the residents of the town, and Yemeni activists called on the army forces in Taiz governorate to intervene to protect civilians by completing the liberation of the area from the grip of the terrorist militia.

It is noteworthy that the Houthi militia still controls large areas east and north of the city of Taiz, taking the Al-Hawban area as a main center for managing its coup in the governorate, in conjunction with its continued siege of the city for more than five years.

From time to time, skirmishes take place between the government army forces and the Houthi militia on the contact lines in Taiz governorate, accompanied by artillery shelling by the militia on the neighborhoods of the city, which caused the killing and wounding of hundreds of civilians.

This is despite the signing of the Stockholm Agreement by the government and the Houthis in late 2018, including the understandings it contained about the situation in the city of Taiz, although no action has been reached regarding the opening of the outlets and ending the siege imposed on the governorate.

The Yemeni Coalition for Monitoring Human Rights Violations in Yemen had earlier reported that it had documented 73 violations and crimes against humanity committed by the Houthi militia against civilians, property and facilities in three directorates in Taiz Governorate within seven weeks.

The violations of the pro-Iranian militia during the period from November 1 to December 19, 2020 included the districts of Salh and Al-Muzaffar, where citizens were killed and injured, and the Houthis caused partial or total damage to 25 facilities and public properties, according to the report.