Rafsanjani’s Daughter Defends Remark that Trump was Good for Iran 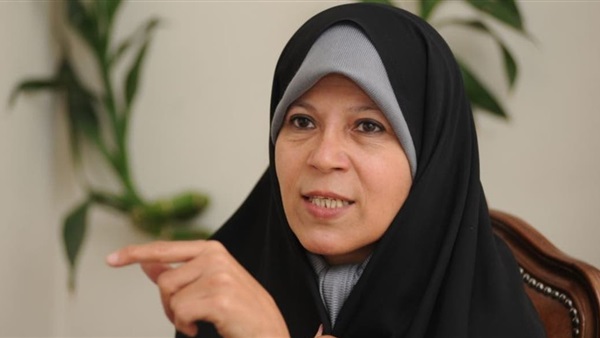 Faezeh Hashemi, the daughter of former Iranian president Akbar Hashemi Rafsanjani, slammed a number of figures and parties in Iran for being “more dangerous bullies” than the outgoing US President Donald Trump.

Hashemi accused those she addressed of placing the country on the “verge of destruction.”

In an open letter, she responded to harsh criticism she had received from members of her family and fellow comrades in the Executives of Construction Party.

Hashemi had made highly controversial statements earlier in support of Trump’s maximum pressure campaign on Iran and said that chances for reform in the cleric-led country are diminished now that US President-elect Joe Biden will rise to power.

Responding to her brother, Mohsen Hashemi, who had asked her to apologize, Hashemi on Tuesday accused him of “mapping a future for himself” and seeking to “protect his interests,” an apparent reference to plans beyond his current position as Chairman of Tehran’s City Council.

She reiterated that Iran’s leaders had pursued policies wasting resources and leading the country to a dead-end.

The war of words between Hashemi and her brother on the fourth anniversary of their father’s death has made headlines in Iranian newspapers.

The official newspaper affiliated with the Executives of Construction Party ran a front page displaying a picture of Hashemi and her brother under the headline “Brother Slams Sister.”

“In Iran, there are individuals and entities that are far more dangerous than Trump in bullying and failing to abide by rules and regulation. They have put the country on the slippery slope of ineffectiveness, mismanagement and inefficiency, dogmatism and even taking it to the point of collapse at times,” Hashemi said in defense of her statements.

In an implicit reference to Iranian President Hassan Rouhani, who is considered a moderate reformer, Hashemi said: “These days we are witnessing deviations that are much deeper than that caused by Ahmadinejad.”