Map of Afghanistan: Unknown future and suspicious relations between Kabul and extremists 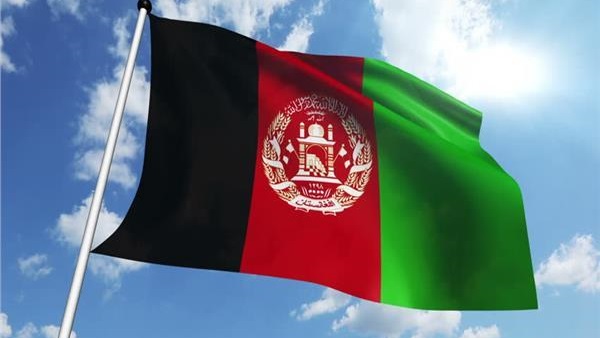 The agreement between Washington and the Taliban movement continues to cast a shadow over the regions bordering Afghanistan, especially Pakistan, whose government is trying to profit politically from mediation between the active blocs in the Afghan scene, and this picture highlights several internal conflicts that affect the reality of the desired peace in the region.

The current Pakistani government headed by Prime Minister Imran Khan seeks to play a pivotal role in the framework of the treaty concluded between Washington and the Taliban in February 2020, but the internal political currents are pushing towards voiding all efforts made in light of the continuous violence causing material and human losses, in addition to the US government's reliance on one variable in the system, which is the Taliban leaders, and turning a blind eye to giving the rest of the blocs the same role to sign the historic treaty.

The most important items included in the peace agreement are the Taliban stopping support or cooperation with al-Qaeda in carrying out attacks in the country or abroad, as well as preventing Afghanistan from turning into a major terrorist camp to launch attacks against US interests, a clause whose seriousness is questioned by the American media and politicians.

For his part, Afrasiab Khattak, a former Pakistani parliament member, head of the Human Rights Committee and former Awami National Party member, indicated that the Taliban is still financially supporting al-Qaeda and training its militants in fighting, adding that Pakistan supports both organizations to achieve their goals in the region.

Khattak stressed that the Afghan conflict is not only related to the inside, but is rooted abroad, as the regional countries have interests with the issue and with the players in the arena. He referred to the agreement signed in February between the US administration and the Taliban regarding the withdrawal of the first military forces from Afghanistan in exchange for guarantees of ending the relationship between the Taliban and al-Qaeda, saying that this agreement violates international laws, as Washington resorted to a non-governmental negotiation group and made major concessions to the militant movement in order to stay in Afghanistan to run a cold war if needed.

Despite the abundance of proposals about Pakistan’s role in the Taliban’s effectiveness on the ground, the opinion representing the opposition remains worthy of the Americans, especially in touching on their concerns about the relationship between al-Qaeda and the Taliban.

Here also lie different opinions. For her part, Nourhan al-Sheikh, a political science researcher at Cairo University, previously told the Reference that the relationship between terrorist organizations in Afghanistan and their expansion or decline is related to the desire of major international powers. The United States, with its army and intelligence services, can end the presence of the organization in the region, but it has ignored this for economic and political interests.

This view is directed in the context of the statements of the political leaderships in Pakistan, like Khattak, who believes that extremist groups are cooperating with each other under the eyes and ears of the United States and Pakistan as well, and these statements come within the framework of the recent meetings between the leaders of the Taliban negotiating team and Pakistani Foreign Minister Shah Mahmood Qureshi In Islamabad, the latter's mediation to bring the movement's views closer to Washington in some files, on top of which is the reduction of armed escalation.

Moreover, Islamabad wanted, in the talks that took place on December 16, 2020, to frame its interests in the new political map of the region, specifically if the Taliban came to power in the country after the facilities provided by outgoing US President Donald Trump's administration to the movement in cooperation with the Qatar-Pakistan alliance.