Future of Salafism in Turkey 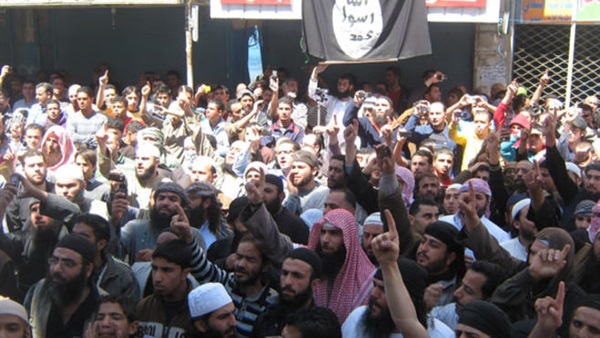 Salafist discourse emerged in Turkey following the 1980 coup. This was a time when Saudi Arabia emerged as a player on the Turkish scene.

Riyadh wanted to promote the teachings of true Islam. In doing this, it wanted to counterbalance the version of political Islam advocated by Turkish politician Necmettin Erbakan.

Salafism then started to feature highly in the writing of outstanding Turkish intellectuals as of the early 1990s. Some of these intellectuals described Salafism as one of the schools of thought within Sunni Islam.

Hilmi Demir, a theology professor at Hitit University, wrote in one of his articles that Salafism is a "respected" Sunni tradition.

In 1999, the Turkish Directorate of Religious Affairs, which is known as Diyanet, recognized Salafism as a Sunni school of thought.

Abdullah Yolcu is the central Salafist figure in Turkey at present. This man was born in Kirkuk, in northern Iraq. He is known by the name Abdullah el-Eseri.

Yolci says openly that he went to Turkey on a mission bestowed on him by the Salafist movement, namely Islamizing the Turkish society. This man owns a number of publishing houses and organizes conferences and discussion forums throughout Turkey. He also publishes books that call for jihad (holy war). Books Yolci's publishing houses print are usually in Arabic. They are distributed to pilgrims at the time of the annual hajj ritual in Saudi Arabia.

Yolci has close connections with the Turkish ruling Justice and Development Party. He also has organizational links with al-Qaeda's members of Kurdish descent. He plays an important role in the recruitment of jihadists and sending them to Syria and Iraq. Some of these recruits became commanders of Daesh factions in Raqqa as well as in several other Syrian cities.

According to an article by researcher Mustafa Zahran, Abu Anas is another symbol of Salafism in Turkey. A Turkish national, Abu Anas studied jurisprudence in Saudi Arabia. He is viewed as the most outstanding Salafist messenger on the Turkish stage. Most of his sermons focus on heretic traditions that were introduced to the Islamic religion.

Abu Anas is a staunch opponent of Sufism and Sufis, especially when it comes to visits to tombstones. He also believes in the presence of common ground between all the schools of thought in Islam. Nevertheless, Abu Anas believes that the majority of Muslims have misunderstood their religion and misinterpreted its heritage.

Abu Zarqa is a third important Salafist figure on the Turkish stage. However, he is more moderate than the aforementioned figures, which is why he usually comes under attack by hard-line Salafists. Abu Zarqa rejects criticism of religious opponents and focuses instead on their ideas. He is a follower of the school of scripturalist Salafism. He always lashes out at Jihadist Salafism and the concept of accusing others of unbelief.

The Salafists follow a flexible policy in Turkey. They follow peaceful tactics to appeal to Turkish citizens. To do this, the Salafists use modern technologies and tools to reach the Turks, including social media, of course.

The Salafists believe that this is a golden time for them in Turkey. They had recently opened two new religious schools. The number of Salafism followers in Turkey is now about 1,000.

Relations with Salafists in other countries

Turkey's Salafists are in continual contact with Salafists in other countries. In 2011, Istanbul was the venue of the conference, "Salafists and Future Prospects". A huge number of international Salafist figures attended the conference.