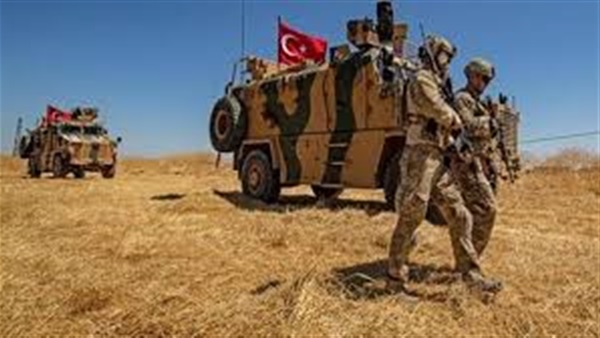 The policy of the Turkish regime at the hands of President Recep Tayyip Erdogan has transformed from zero problems with which the Justice and Development Party (AKP) started its rule in 2002, to a hostile policy seeking to fabricate problems, as the Turkish army has spread to several regions outside the country, reaching more than 10 countries. This has made Turkey’s army carry a colonial character that everyone rejects and hates, which has ultimately negatively affected Turkey's international and regional relations.

This was confirmed by IYI Party MP Ayton Cheray, who said that his country has become hated by the Arab countries and the whole world, commenting on the expansion of the army outside the borders.

The MP affirmed that the Turkish government is thus encouraging illegal immigration by taking irrational measures, as the Turkish army was involved in a war that had nothing to do with it.

It suffices to say that, after the declaration of the republic, the modern Turkish army participated in six wars, of which Erdogan's share was three, as he seeks to implement his expansion plans.

The Turkish military presence was represented in Ankara establishing military bases for it in many countries of the Middle East and Africa, hoping to have an effective and influential regional position and role, as Ismail Hakki, the former deputy chief of military intelligence in the Turkish Chief of Staff, confirmed that Ankara's strategy depends on ending the principle of military isolation and starting a new era of active Turkish military policy, which in turn enabled Turkey to acquire military bases in vital areas.

Hakki said that these military bases helped Turkey to protect its strategic interests outside its borders and to establish a security structure and a permanent political and military influence there, which enabled it to compete with major powers in the region and impose its agenda.

The Republic of Northern Cyprus is the first geographical spot on which Turkey has established its bases and deployed its military forces. On July 20, 1974, Turkey entered the island of Cyprus with the aim of protecting the Turkish Cypriots.

The number of Turkish soldiers in Cyprus is 30,000, and Turkey has a number of military bases that include tanks and aircraft.

Turkey also has had a military base in Qatar since 2016, and Ankara has spent $39 million on the base, which is capable of receiving 3,000 soldiers, in addition to naval and air forces, so that it is a cat's claw in the Gulf region.

Turkey set up its first official base in Africa in Somalia, at a cost of nearly $50 million, with 1,500 soldiers as a first payment.

The TURKSOM base is the largest for Turkey abroad, and it is able to receive naval units, military aircraft and commandos. Three military schools are attached to the base, which is supervised by 200 Turkish officers. The base overlooks the Indian Ocean, not far from the Gulf of Aden and the Bab al-Mandab Strait, making it strategically located to serve Erdogan's dubious goals.

In addition, Turkish army forces were found in Libya to support the Government of National Accord (GNA) militias in Tripoli, according to suspicious military agreements concluded by the Turkish president with GNA head Fayez al-Sarraj in November 2019. Turkey sent a number of troop carriers and drones that it produces to Tripoli, and press reports spoke of the presence of Turkish forces estimated at 3,000 soldiers in military bases in western Libya.

In Iraq, former Turkish Prime Minister Ben Ali Yildirim admitted in 2018 that there are 11 Turkish military bases inside Iraq. Among these bases, the Bashiqa base, located on the outskirts of the city of Mosul, includes about 2,000 soldiers and dozens of tanks and long-range cannons. Turkish bases are also spread throughout northern Iraq along the borders from the Habur crossing to the Soran region.

In Syria, Turkey has set up 12 observation points inside the governorates of Idlib, Hama and Aleppo, in agreement with Russia, and Turkey maintains a number of military bases in the regions of Al-Bab, Jarablus, Azaz and Afrin, which are areas located on the Turkish-Syrian border.

In 2017, Turkey reached an agreement to establish a military base in Djibouti, as it is an important African center in view of its strategic location on the Red Sea, and the same thing happened with Niger, as Turkey sought to establish a military base in Sudan in 2017 under an agreement for the reconstruction and management of the island of Suakin located on the Red Sea, but the overthrow of Sudanese President Omar al-Bashir halted the scheme.