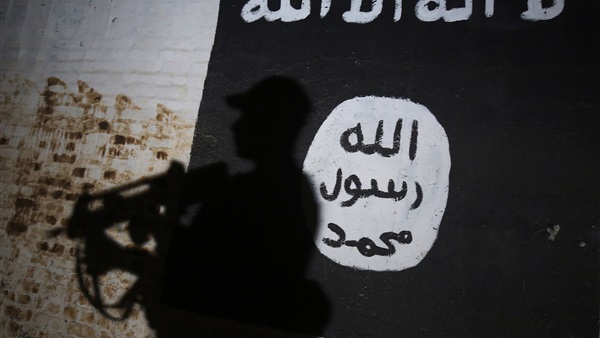 During 2020, and following the great defeat that ISIS suffered with the killing of its leader, Abu Bakr al-Baghdadi, in October 2019, the terrorist organization took advantage of the emergence of the corona pandemic in an attempt to return again. It took advantage of the global outbreak of the pandemic by reshaping its structure, using new incubators and mountainous areas to exist, and intensifying its media presence through social networking sites and through its media library rich with terrorist materials, seeking to terrorize its opponents and incite its elements to continue fighting and carry out more terrorist operations.

US and Iraqi intelligence revealed that the terrorist organization, now led by Abu Ibrahim al-Hashemi al-Qurashi, reconfigured its organization after the killing of Baghdadi and most of its leadership at the hands of the coalition forces. It became composed of 14 states, five ministries, and one department responsible for managing the states outside Syria and Iraq. ISIS also canceled the administrations responsible for al-Hisba and electricity after losing all its lands, in addition to the presence of two upper committees – the Shura Committee, whose tasks include setting policies and selecting state managers, and the Delegated Committee, which is the highest executive committee in the organization.

The terrorist organization targets areas in the countryside of urban belts and large villages, in which there are tribal, regional and chosen mobilization forces who cooperated with the government in Baghdad to expel ISIS from 2014-2017, as the organization announced its "revenge campaign" after its defeat in the battles of the eastern Euphrates in Syria in April 2019 and then another battle, “the revolutionaries’ battle to revenge the killing of the two sheikhs” after the killing of Baghdadi and al-Muhajir. These areas were very fragile and suffer from a lack of harmony between the regional tribal crowd and the popular crowd forces coming from outside their areas, making it likely that the people who are exposed to major problems with these forces are welcome.

Fears have increased that the organization will return again and repeat the 2014 scenario, especially with the announcement of the international coalition forces fighting ISIS, led by the United States, of withdrawing most of its forces from Iraq and Syria, after the outbreak of the corona virus, and the increase in attacks by pro-Iranian militias on coalition bases.

Last March, the coalition forces handed over eight military bases to the Iraqi forces, the last of which was the Taji base, and the United States announced the reduction of its forces in Baghdad from 5,000 to only 3,000.

Observers confirm that despite the withdrawal of some coalition forces and the end of their mission, in addition to the circumstances imposed by the corona pandemic, the organization does not have the ability to return as it was in 2014 due to the global efforts imposed to combat its activity on the internet, thus reducing its ability to recruit, while the Iraqi ground forces are able to control the ground and fight ISIS, but it cannot achieve this without logistical, intelligence and air support.

In the first quarter of 2020, the terrorist organization took advantage of the spread of the corona virus pandemic and began to exploit the spread of infected cases in Syria and Iraq to practice its terrorist methods by increasing terrorist operations and attacks. The UN Security Council submitted a report in July confirming that the terrorist organization exploited the security holes caused by the pandemic in Syria and Iraq and showed confidence in its ability in a brazen manner to operate increasingly in its former strongholds by directly targeting Iraqi and US military sites.

The report emphasized that the number of terrorist attacks increased significantly in early 2020 compared to the same period in 2019, as the United Nations monitoring team confirmed that ISIS took advantage of security holes resulting from the pandemic and political unrest in Iraq to re-launch an insurgency in the countryside, as well as sporadic operations in Baghdad and other large cities. It pointed out that the travel restrictions that limited the movement of terrorists and their ability to communicate and finance terrorist activities gave the organization a description among its members as a "captive crowd."

In other countries in the Middle East, ISIS has benefited from the spread of the pandemic. In West Africa, including Nigeria, Niger, Cameroon and Burkina Faso, attacks escalated as soon as cases began to increase. The terrorist organization also used its propaganda magazine, Voice of India, to request its followers to spread the corona virus among non-Muslims, trying to take advantage of the pandemic as much as possible in order to gain more power.

Last February, it was noticed that there was a significant qualitative shift in the media discourse at ISIS’s Al-Furqan Foundation, Amaq Agency, and the weekly Al-Nabaa newspaper, after a relative absence of nearly four months, and ISIS's media networks returned to take advantage of the more common and less secure social media.

During that period, ISIS rhetoric became a repeated media discourse of its first years of emergence, as it sought to terrorize Arab and Kurdish resistance fighters and inflict the greatest psychological damage on them and their families.

In coordination with the international coalition and international companies such as Google, YouTube, Twitter and Facebook, the organization's websites are being monitored, and video clips disappear after they are broadcast, as there are no fixed websites for the media institutions affiliated with ISIS.

In the same context, a report by the Soufan Group indicated that ISIS is trying to win the sympathy of the Sunnis of Iraq and Syria and to search for new community incubators by moving towards the families that supported ISIS’s rule in the five provinces that the organization controlled after June 2014 and whose members have been deported from their residential areas to camps and other cities, taking advantage of the conditions and environment of sectarian and ethnic tensions that Iraq is witnessing, as well as the thorny political and economic crises.