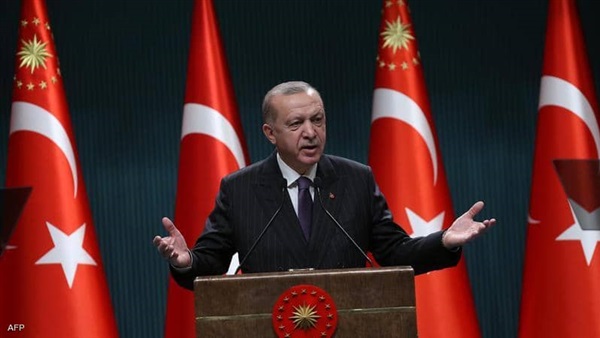 The Turkish society is suffering from a grinding economic crisis as a result of the irrational policies pursued by President Recep Tayyip Erdogan, by directing a large part of the national income to military spending, as the army’s expenditures have increased significantly in recent years as a result of the expansion operations abroad, which have not occurred since the era of the Ottoman Empire. The volume of spending approached 5% of the country's GDP, which led to the collapse of the lira in an unprecedented way.

These shocking statistics confirm that Turkish military spending is inversely proportional to the size of the living, economic and social welfare of the Turkish people, due to Turkey's interference in many countries in the region, including Syria and Iraq, and it has recently been involved in Libya by supporting the militias in Tripoli, in addition to its continuous maneuvers in the Eastern Mediterranean.

These Turkish military practices and others are costing the state treasury billions of dollars, at a time when the issue of financing these wars and interfering in several conflicts has weighed heavily on Turkey's stalled economy.

According to Ahval, the defense budget is the largest item in the budget compared to other sectors, as it amounts to 145 billion lira ($19.7 billion) in the 2020 budget, which represents about 13% of total spending. When bonuses granted to defense companies funded by the public sector are added, as well as funds granted to the Presidency of Turkish Defense Industries, spending rises to 273 billion lira, equivalent to more than 25% of the state budget.

The unplanned increase in public spending in the 2020 budget, of which defense expenditures are the lion's share, exceeded the target of the budget deficit of 138.9 billion lira, which was scheduled until the end of the year, during the first seven months of this year. This pushed the deficit in the period from January to July to 139.2 billion lira.

The increasing budget deficit due to military spending contributed to the decline in the value of the lira, the increase in interest rates, and stifling the finances of public banks in the country, which caused the suspension of low-interest loan campaigns significantly and led to an increase in unemployment rates until the number of unemployed reached 4 million individuals. The high rate of inflation also led to the erosion of citizens' savings as a result of the high prices of basic commodities.