Europe takes action to combat extremism on the internet 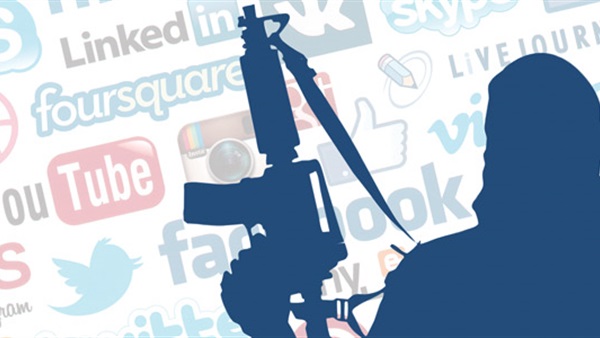 After a series of terrorist attacks earlier this year in Austria and France, the European Union, its member states, and the United Kingdom are taking new steps to curb extremism on the internet and stop the spread of terrorist propaganda.

In Austria, where a gunman in Vienna killed four people and wounded more than 20 others in November, the National Assembly passed a package of legislation last week to combat "online hate", including measures requiring online platforms to remove extremist content from their sites, allowing the government to issue judicial orders more quickly, and facilitating the process by which violators are investigated online.

In France, where attacks in Nice, Paris and Conflans-Sainte-Honorine have rocked the nation since September, the government introduced a bill that would tighten restrictions on online hate speech and make it illegal to share or disclose personal details about other people online. To further strengthen these measures, the French government is also considering amendments that would "impose cooperation rules" on technology companies in order to help identify users who are spreading hate speech and also make platforms commit to being more transparent about their processes of moderating content.

In the United Kingdom, the government is reported to be planning to introduce an "Internet Damage Bill", which would hold social media platforms accountable for monitoring the removal of extremist content and impose a fine on sites that do not comply.

Finally, lawmakers in the European Union reached a preliminary agreement last week that would authorize authorities in all 27 member states to remove terrorist content online or disable access to it within an hour. The temporary deal will apply to all online service providers in the European Union, regardless of their headquarters location. The EU is also reportedly considering new measures under the Digital Services Act (DSA) that require "very large" technology companies such as Facebook to take more responsibility for monitoring the internet, or facing fines of up to six percent of total sales or revenue from the previous fiscal year.

David Ibsen, executive director of the Counter Extremism Project (CEP), spoke earlier about supporting these measures, stating that “internet extremism is one of the most insidious threats facing European citizens, as extremists exploit social media to spread their propaganda easily and quickly, and they explicitly target the most vulnerable people in their messages... Concrete actions against terrorist content on the internet must continue to emerge across the European Union. Only with continued determination and coordination through member states can online extremism be combated and ultimately eliminated.”

Responding to critics of content amendment laws, Ibsen further stated, “While freedom of expression must be respected, removing harmful content is vital in combating online hate speech and terrorism. Those who argue that these regulations are a vessel for censorship allow the continued promotion of online hatred, disinformation and extremism. The internet should not be a lawless space, nor should private companies dictate the rules. Hate speech and terrorist content online should and will not be tolerated. This is a once-in-a-generation opportunity to stand up to internet extremism.”