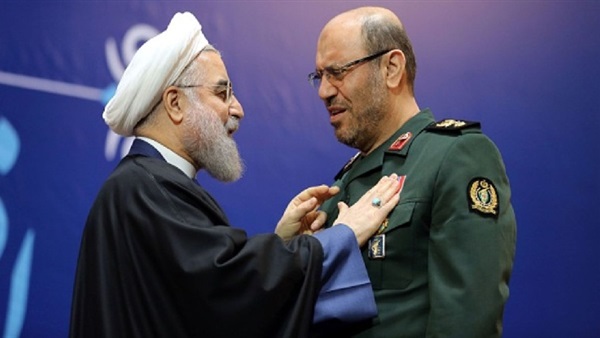 The election of a military president to Iran during the upcoming elections constitutes a strategic change in the orientations of the Islamic revolution and the supreme leadership of Iran, which during the four decades of the Islamic revolution’s life, would be in the position of the “popular” president or close to the religious trend, as in the case of former President Mamoud Ahmadinejad’s election, at a time when the country is suffering from deep economic crises and extensive US sanctions.

At the end of 2018, the idea of ​​promoting a military man to the Iranian presidency gained great momentum, and there was speculation that late Quds Force commander Qassem Soleimani, who was assassinated in January 2020, would run for the presidency in 2021, although Soleimani did not appear publicly to have any ambition in this regard. In the elected position, he was a cunning political activist who established relationships with both conservative and pragmatic personalities - including Foreign Minister Mohammad Javad Zarif, who revealed that before Soleimani's death they met every week. The regime also considered Soleimani as the person who kept ISIS away from Iran’s borders. As a result of all these myths, his chances of winning would have been relatively high if he would have entered the race. But despite the Soleimani’s assassination, a general’s candidacy for president remains an ambitious process within the Revolutionary Guard.

Generals race for the presidency

At the end of November, former Iranian Defense Minister Brigadier General Hossein Dehghan, officially announced his candidacy for the presidential elections that will be held in 2021.

"I announce my readiness to run for the presidential elections in 2021, and I will implement the path of growth and development at the lowest cost," Khamenei's military advisor said in a TV interview.

Dehghan described himself as "a patriotic and revolutionary element, and I have all the intellectual, mental and operational capabilities to advance the goals and interests of the regime and the revolution."

Research centers and observers put forward an optimistic vision of the Revolutionary Guard’s victory over the president’s post in Iran for several reasons, primarily because the majority of Iranians may not vote, as they no longer believe that their ballot papers make any difference, and the low rate of voting will lead to the establishment of the conservative camp to achieve big gains.

In the 2020 parliamentary elections, which saw the country’s lowest turnout since 1979, the hardliners emerged victorious and won 223 seats in the 290-seat parliament, and a former senior member of the IRGC became Speaker of Parliament.

Why is the regime attracted to a military figure as president, and what are the implications?

The owners of a general running for president see a number of benefits. First, Iran faces serious crises, including a lack of competence and coordination between governmental and semi-governmental organizations, and they say that a military man will be able to put an immediate end to the conflict between these institutions. He will have the potential to win the confidence of the large revolutionary institutions that compete with the president and fall outside the government's control.

The other matter is that the election of Joe Biden as president of the United States requires firm Iranian leadership in the Iranian files, which are a red threat, such as dealing with the Iranian ballistic missile program, the nuclear program, and also the militia network that Iran runs in the region. The presence of a military figure in the presidency may lead to an increase in credibility through sectarian militias and across countries for negotiators with the general's ability to steer the wheel of affairs in any upcoming negotiations.

The election of a general to the post of president also serves propaganda, because the military president is seen as a "symbol of power and authority" who can send a strong signal that the nation is ready for war, in light of the belief that there is an upcoming Iranian-American war.

The deputy affiliated with the hardliner movement in the Iranian parliament, Malik Shariati Nayasser, has affirmed that “forming a war government in the 2021 elections has become an urgent necessity.”

The military general’s choice, and the possibility of war, are in line with the expectation of continuing US sanctions, and with what Khamenei said during a cabinet session last month, in which he addressed the ministers, saying, "Work on the assumption that the sanctions will last for another 10 years."

Among the Iranian arguments for electing and installing a military general in the post of president is the legitimacy of maintaining order. The hard-line elements in the conservative camp openly argue that Iran needs a military man at the head of the country to fix its problems and eliminate poverty. "We must move towards tyranny, otherwise we will collapse," said Ibrahim Fayyad, who is considered a conservative ideologue. "Today, our legitimacy is eroding, our efficiency is undermined, and even the cohesion of our system has been disturbed. Only a good dictator, a military man, or someone with military discipline can reform this system."

However, reformists and those who are wary of electing a military general as the president of the republic argue that the election of a military president means that the Iranian Republic has reached a dead end and is unable to find solutions to the nation's deeper problems.

But observers believe that electing a military president for Iran is only a message, but the Supreme Leader remains Ali Khamenei, and he makes all the decisions inside Iran and is the only dictator and ruler in the country.

Observers believe that Khamenei is the one who has the first say in Iran, but Iran's future after Khamenei is the most important point in the penetration of the military and Revolutionary Guard generals into Iranian institutions, and they are considered the difficult number and the most prominent player in making Iran's future.

The most prominent point in electing a military president for Iran is a preemptive step by the Revolutionary Guard in the event of Khamenei’s death, and choosing a successor through the formation of a temporary council until the election of a new leader is what the Revolutionary Guard want to be the most prominent decision-maker in power and able to choose the next supreme leader.