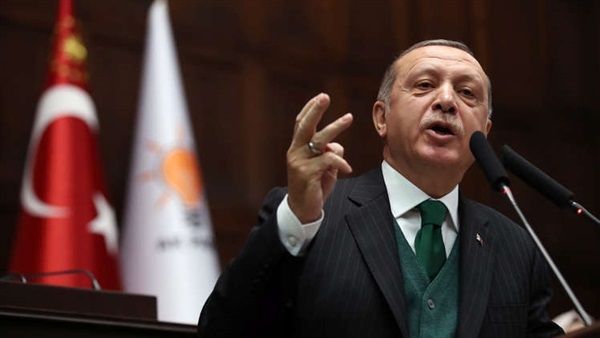 The crimes of Turkish President Recep Tayyip Erdogan against the Iraqi people do not end, as he has been violating their land and airspace.

In the fourth part of the "Erdogan’s crimes" series, we deal with Turkey’s repeated attacks on Iraq and its people.

On June 17, the Turkish army launched Operation Tiger's Claw in northern Iraq, claiming to chase Kurdish militants, through commando units who entered the Haftanin area, in addition to the air strikes that bombed the north of the country, which resulted in deaths and injuries among civilians, in a clear and explicit violation of the sovereignty of Iraq.

The same was repeated recently in the vicinity of two villages in the Dohuk Governorate in northern Iraq, as two Turkish planes launched an aerial bombardment in the vicinity of the two villages, which caused panic among the people, as well as the Turkish military operation on Sinjar, Iraq, which resulted in the death of many innocent civilians.

The Turkish occupier was not satisfied with the military aggression, but rather threatened the safety of the Iraqi people, using water dams to cause desperation among the people of the southern Iraqi provinces after Turkey stopped the bulk of Iraq's water share through the Ilisu dam, which caused the level of the Euphrates River to drop to less than half its normal level.

Turkey built the dam on the Tigris and Euphrates rivers, which originate from the Anatolian plateau and represent the main resource for water to Iraq. The weakness of Baghdad during the years following the US invasion and the overthrow of President Saddam Hussein's regime in 2003 had a negative impact, as terrorist organizations wreaked havoc in the country, including ISIS and al-Qaeda, and this was a major reason for Ankara's persistence in its sabotage plans against Iraq without deterrence.

Turkey takes advantage of its control over the waters of the Tigris and Euphrates rivers in the construction of dams, water projects and irrigation on the two rivers. The length of the Euphrates is 2,784 kilometers, and it stems from Turkey and then enters the lands of Syria and then Iraq, while the Tigris River enters directly into Iraq. The volume of water flowing from the two rivers annually is approximately 80 billion cubic meters of fresh water.

A study by researcher Mohammed Karim al-Khaqani, published by the Future Center for Strategic Studies in Iraq, said that the idea of ​​the Ilisu dam dates back to 1999, before withdrawals occurred from some of the supporters of the construction of the dam, which caused the sinking of the ancient city of Hasankeyf and the displacement of more than 78,000 Turkish citizens. Turkey began the actual construction of the dam in 2010 after obtaining support from the Austrian company Enertz, taking advantage of the weakness of Iraqi governments since the US invasion.

Turkey believes that the dam has no negative effects on Iraq, because it allows the passage of water and because the project is hydroelectric, and therefore it has no risk to Iraq's share of the quantities of water flowing from the Tigris River, claiming that the construction of the dam will not harm the rights and interests of Iraq.

The strange thing is that the Iliso Dam caused the displacement of about 80,000 people from 199 villages, and the biggest evidence is that Iraq now prohibits rice cultivation due to the lack of water, which pushed farmers to abandon their lands. The city of Basra witnessed protests that continued for months due to the lack of safe drinking water.

The Ilisu Dam is one of the largest dams built on the Tigris River, and it is located in southeastern Turkey and about 65 km from the Iraqi border. The length of the dam is 1,820 meters, its height is 135 meters, and its width of 2 km. The area of ​​its basin is estimated at 300 square km, and the dam accommodates about 20.93 billion cubic meters when completely filled.