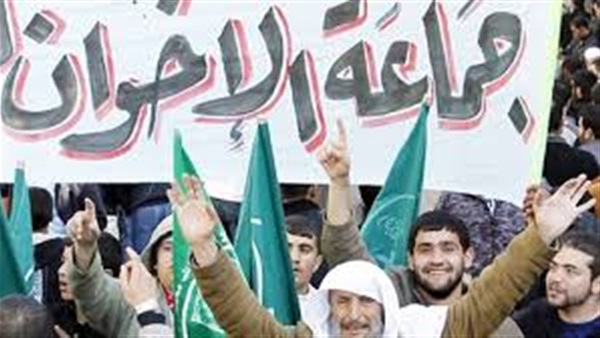 Ankara is increasingly angry at the Libyan Muslim Brotherhood, especially in light of what appears to be the United Nations mission’s insistence on carrying through with the proposal to appoint Aguila Saleh, current Speaker of the Libyan Parliament, as head of the new presidential council, and the minister of interior of the Government of National Accord, Fathi Bashagha, as the head of the government.

In parallel, speculations are running high about Ankara’s intentions to dump the Libyan Muslim Brotherhood and replace it with what is known locally as the “Mufti Movement” or the “Libya Fighting Group”, a group known for its hard-line stances rejecting any settlement that would involve their opponents in power.

The Muslim Brothers of Libya seem to be going along the U.N. Mission’s proposal, but this in turn poses a dilemma for Turkey’s interests in Libya. Ankara fears that Aguila Saleh, once taking over as president of the presidential council, might push for cancelling the maritime boundary demarcation agreement that Fayez al-Sarraj, the current president of the presidential council, had signed in November of last year, and which sparked international pushback as Turkey started intervening on the ground to repel the Libyan National Army’s siege of Tripoli.

During the past period, Libyan media affiliated with the Islamists circulated statements by Turkish President Recep Tayyip Erdoğan expressing his anger over Bashagha’s rapprochement with France and Egypt. The source of these statements was not disclosed.

Activists affiliated with the Mufti Movement—a movement named after the dismissed grand mufti Sadiq al-Ghariani, known for his extremist fatwas inciting violence and war—have launched a campaign against Bashagha, accusing him of “treason” and of divulging military secrets related to Turkey during his visit to Egypt.

Among the most prominent of these hostile voices is political activist Numan bin Othman, who in recent years has had a checkered career as an activist, first defending the former regime, then supporting the Libyan National Army led by Field Marshal Khalifa Haftar, to end up behind the militant current, the Libyan Fighting Group, to which he belonged during the 1990s and fought in its ranks in the Afghanistan war.

Bin Othman is now a fixture on Libyan channels broadcasting from Turkey. Recently, he claimed that Ankara had secured a copy of the dialogue that took place between Bashagha and the Egyptian parties, and that Bashagha had “raised issues confirming his betrayal of the Turkish ally who defended Tripoli at the moment of hardship when the world had abandoned us, and Turkey has paid that war with over 28 martyrs.”

Bin Othman considered that Bashagha was influenced by the U.N. envoy in Libya, Stephanie Williams, when he disclosed secrets related to Turkey in Egypt, and that he did so in the hope of securing Egypt’s support for his candidacy to head the new government.

Observers, however, pointed out that Ankara’s displeasure with Bashagha began before the latter’s visit to Egypt and France. They believe Ankara’s distrust of Bashagha was behind the appointment of Salah El-Din al-Namroush as Defence Minister last August.

Observers of Namroush’s statements noticed his constant pursuit of escalation. He refused to accept the ceasefire with the Libyan National Army and did not bless the meetings that took place in this context, in addition to his constant exclusionary discourse about the army leadership.

Just two days ago, Namroush spoke of the necessity of taking control of all Libyan lands by force, threatening in passing the population and tribes of eastern Libya who support the army.

Right from the beginning of the recent efforts for political settlement, Turkey has not hidden its rejection of the process, especially with regard to the military track, while it continued to send weapons and mobilise near Sirte in preparation for an anticipated assault in case the outcomes of the political process conflict its interests in Libya.

Turkey is wagering on Abdul Hamid al-Dabaiba, a businessman from Misrata, winning the post of head of government. Dabaiba is strongly backed by his uncle, businessman Ali al-Dabaiba, who owns the Salam satellite channel broadcasting from Turkey. Ankara is also betting on Abdel-Jawad al-Abidi from the eastern region to become the next prime minister.

The two Dabaibas (the uncle and the nephew) had previously been accused of trying to buy the backing of the participants in the Libyan Political Dialogue Forum in Tunis for the Dabaiba-Abidi tandem.

UN envoy Stephanie Williams had at the time hinted at violations and attempted bribes at the forum without mentioning specific names, which provoked Ali al-Dabaiba to ask her to clarify those charges.

Observers warn that the hard-line Islamic current is close to controlling Libya, especially after the results of the vote on the nomination mechanism for the Presidential Council and the prime minister have come out in favour of the second proposal (Dabaiba – Abidi) among the nine options presented by the U.N. mission.

The second proposal stipulates that the nomination of the head of government and the head of the presidential council shall be decided by vote of the 75 members, and not by the electoral districts (Cyrenaica, Tripoli, and Fezzan), in two rounds before the plenary session of the Dialogue Committee.

The third proposal, which paves the way for the formula (Aguila Saleh – Bashagha), came in second place and received only 24 votes against 39 for the second proposal (Dabaiba-Abidi).

The third proposal stipulates that the government or presidential council candidate who has seven recommendations from his region enters the competition within the region, and the one who gets the highest votes in the region to which he belongs wins.

It is expected that a decisive second round will be held next Monday to vote on the second and third proposals, amid increasing expectations that the (Dabaiba-Abidi) proposal will come out on top.