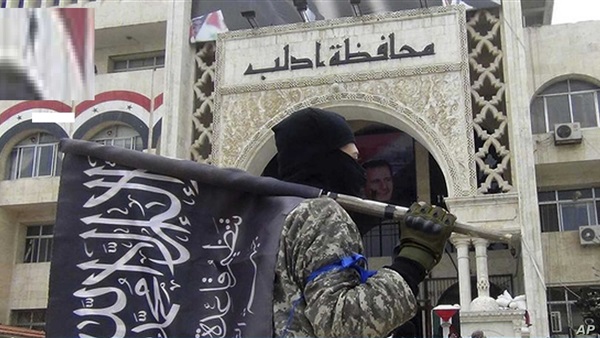 The U.S. Department of State’s Rewards for Justice Program is offering a reward of up to $5 million each for information leading to the identification of three leaders of an al-Qaida-affiliated jihadist group in Syria.

All three leaders have been active in al-Qaida for years and remain loyal to its leader Ayman al-Zawahiri, the State Department said in a statement.

Faruq al-Suri, also known as Samir Hijazi and Abu Hammam al-Shami, a Syrian national, is the leader of the jihadist group. According to U.S. officials, he fought in Afghanistan in the 1990s and trained al-Qaida militants in Iraq between 2003 and 2005. This week al-Suri was designated by the U.S. as a Specially Designated Global Terrorist.

Abu ‘Abd al-Karim al-Masri, an Egyptian national, is another senior leader of Hurras al-Din. In 2018, al-Masri was a member of the group’s shura council, the group’s highest decision-making body.

The third listed leader is Sami al-Uraydi, also known as Abu Mahmud al-Shami. Al-Uraydi, a Jordanian national, has been a senior sharia official for Hurras al-Din. He previously was involved in terrorist plots against the United States and Israel, according to U.S. officials.

The group is largely based in the northwestern Syrian province of Idlib, the last major rebel stronghold in Syria, but has a significant presence in nearby provinces, experts said.

“This is a group that prefers to keep a low profile,” said Sadradeen Kinno, a Syrian researcher who closely follows militant groups in Syria.

“Under al-Qaida’s guidance, Hurras al-Din has been working quietly to build a strong foothold in Idlib and eventually in other Syrian provinces. They are certainly seeking a permanent presence in Syria,” he told VOA.

Kinno added that what distinguishes the Salafist group is “their strong loyalty to al-Qaida leader al-Zawahiri.”

It is unclear how many fighters, a large number of them being foreign and non-Syrian Arab fighter, Hurras al-Din has in Syria, but U.S. officials and experts estimate them be in the thousands.

Hurras al-Din was one of the jihadist groups that rejected a Russian-Turkish agreement that was reached in September 2018. The deal, which averted a major Syrian regime offensive on Idlib and other areas near the Turkish border, stipulates that all extremist groups must be removed from Idlib.

In this Saturday, July 27, 2019 photo, a man rides his motorcycle through the rubble of the old city of Aleppo, Syria. Rebels still frequently strike with shelling and mortars into Aleppo, killing civilians nearly three years after the government…

FILE - A man rides his motorcycle through the rubble of the old city of Aleppo, Syria, July 27, 2019.

In late June, U.S. forces carried out an airstrike against a facility that belonged to the group near the northern Syrian province of Aleppo. The airstrike killed at least eight commanders of the group, the U.S. military said.

Last week, the U.S. launched another airstrike against an al-Qaida-held facility in Idlib, without identifying the group’s name.

“U.S. forces conducted a strike against al-Qaida in Syria (AQ-S) leadership at a facility north of Idlib,” U.S. Central Command said in a statement.

U.S. officials said that targeting al-Qaida and its affiliates in Syria and elsewhere is a high priority.

“Destroying al-Qaida’s global networks is a top priority for the Trump administration and must be for our allies as well,” Sales of the State Department said.

Joshua Landis, director of the Center for Middle East Studies at the University of Oklahoma, says Idlib is the manifestation of what the U.S. could ultimately do in other countries, such as Afghanistan.

“In some ways, Idlib province has become a proving ground for a future Afghanistan policy, one in which the U.S. polices against al-Qaida without boots on the ground or direct occupation,” he told VOA.

“Washington is pursuing an ‘over the horizon’ policy in Idlib, where it uses intelligence, drones and missile strikes to defend against operations that could hurt Americans,” Landis added.