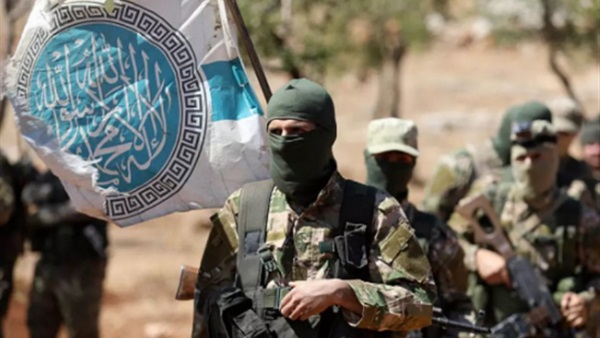 Syrian Observatory for Human Rights: SOHR sources have confirmed that Hayyaat Tahrir Al-Sham opened a new petroleum company in areas under its control in Idlib province and parts of Aleppo countryside.

According to SOHR sources, the new company is called “Kaf” and it is similar to “Watad company which is also affiliated to HTS and completely controls the fuel market in HTS-held areas in north-western Syria region.

Local sources have informed SOHR that Hayyaat Tahrir Al-Sham has opened the new company in an attempt to absorb the anger of residents who see “Watad” company completely dominating the fuel market, as the company banned the opening of any competing firms.

“Kaf” company was opened yesterday in Sarmada city in north Idlib province, where it distributed hundreds of litres of oil used for heating to displaced people in order to woo the area’s residents.

The newly-opened company announced a list of its fuel prices this morning with two Turkish piasters per litre cheaper than “Watad” company, despite the two companies are operating in Idlib province. However, fuel in areas under the control of Turkish forces and the factions of “Olive Branch” and “Euphrates Shield” is over ten Turkish piasters cheaper, while a gas cylinder is eight Turkish liras cheaper than in HTS-controlled areas.