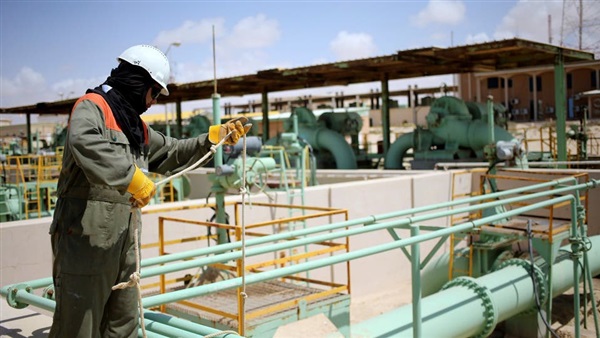 The Economic Affairs Working Group of the International Follow-up Committee concerned with resolving the Libyan crisis supported the exceptional measure of freezing oil revenues until reaching a compromise solution between the parties, and the team called for an urgent meeting that includes members of the Board of Directors of the Central Bank in the east and west of the country, as well as senior specialists and economic and political decision-makers to take the necessary measures for the situation.

It also indicated that the Libyans should seek to reach transparent financial arrangements that protect their wealth and hold accountable those who seek to undermine this transparency, explaining that Libya's foreign exchange reserves are sufficient to cover urgent expenditures for the 2021 budget.

It continued that the reason for the deterioration of the conditions of Libyans is the lack of transparency in the Central Bank’s spending of oil money during the past period, or rather the enrichment of some at the expense of others through fake credits and speculation at the unified foreign exchange rate.

This comes in the wake of the announcement by the Libyan Interim Government (in the East) days ago of its support for the National Oil Corporation's decision to freeze revenues from oil sales in the accounts of the Libyan Foreign Bank and to stop transferring it to the Central Bank until a mechanism is found to ensure a fair distribution of these funds.

Meanwhile, the head of the National Oil Corporation in Tripoli, Mustafa Sanallah, gave a speech in which he disclosed the extent of corruption that plagues the work of the Central Bank of Libya headed by Al-Siddiq Al-Kabeer.

The Libyan government's position, which is consistent with the decision of the National Oil Corporation, comes to tighten the screws on the department of the central bank governor, who is supported by the leaders of the Brotherhood, which controls the highest positions in the bank, and by the businessmen complex in the city of Misrata, who benefit from the easy funds issued by Kabeer for their benefit.

The conflict revealed major corruption and manipulation of oil money, as Sanallah accused Kabeer of wasting $186 billion from the sales of oil and its derivatives, and spending them on certain parties and in limited areas for his own interests and establishing centers of power, in reference to Brotherhood leaders and Misrata businessmen, while Kabeer accused Sanallah of hiding about $3.2 billion in oil revenues and not depositing them in the accounts of the Central Bank.

Observers believe that Government of National Accord (GNA) leader Fayez al-Sarraj believes that the financial institutions have become outside his authority after the leaders of the Brotherhood organization controlled their management, especially the Libyan Investment Corporation, which is ravaged by corruption and managed by a closed group of Libyans residing in Turkey, indicating that the dismissal of one of its most prominent leaders, who at the same time holds the position of legal advisor to the Central Bank governor, is an attempt by Sarraj to limit his great influence and regain control of this sovereign fund.

Observers believe that the competition between the parties to control the state's financial resources and the race to control the country's economic and monetary decisions is one of the drivers of this conflict, especially with the return of oil revenues to the flow.

Libya has enormous oil wealth and ranks fifth in the Arab world in terms of oil reserves. Oil represents about 95% of Libya's total revenues, and last year its revenues exceeded $22 billion.

The GNA uses most of this revenue to support and finance the militias loyal to it, while part of those revenues go to Ankara in exchange for its "services" for the benefit of the ministries of defense and interior, while a small portion is distributed to the regions.

As for the most important oil fields in Libya, the Sirte Basin includes 16 fields and represents about two-thirds of the amount of production, while the Murzuq Basin covers a large area in southwestern Libya and includes the Sharara oil field, which produces 300,000 barrels per day, equivalent to a quarter of national production.