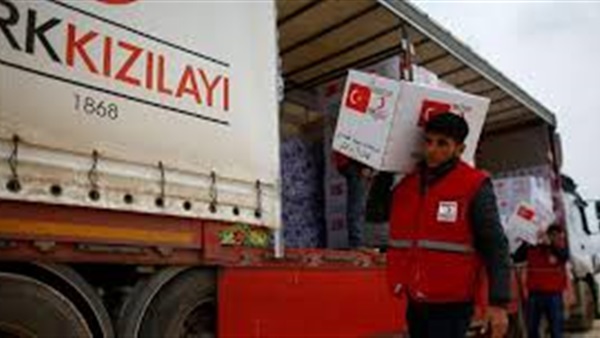 In this new episode of our series on the use of soft power by Turkish President Recep Tayyip Erdogan to infiltrate societies, we will focus on the role the Turkish Red Crescent is playing in this regard.

Erdogan uses the disasters that befall other countries in order to interfere in these countries, using the Red Crescent.

The Turkish Red Crescent is especially active in distressed states that are in urgent need for support.

The dubious role the Turkish Red Crescent is playing in Yemen is a case in point. The Turkish agency carries out suspicious activities in a number of Yemeni provinces. Some of these activities were carried out through local partners with the aim of deflecting attention from Turkish involvement.

The Red Crescent is using poverty and rampant conflicts in different parts of Yemen in infiltrating the Arab state. It is especially active in the southern Yemeni provinces as well as capital Sana'a.

The war between Armenia and Azerbaijan is another case in point. The head of the Turkish Red Crescent, Kerem KINIK, said his organization would stand by the people of Azerbaijan in its armed struggle to liberate its land.

The Turkish Red Crescent offers all types of support to the people of Azerbaijan, including food, detergents, kitchenware, tents, and blankets.

The Turkish Red Crescent has also been offering support to people in northern Cyprus since 2018. It does this with the aim of getting a share of the unfolding natural gas wealth in the Eastern Mediterranean region.