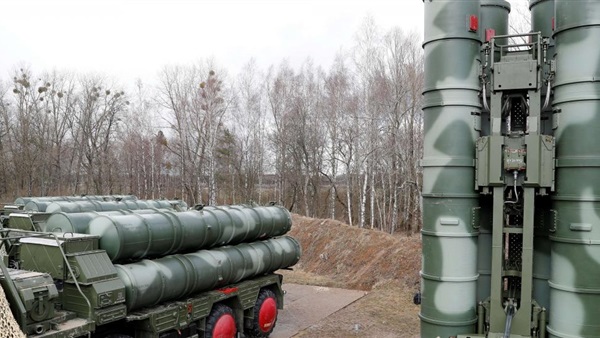 Deploying the missiles within NATO’s defences is unacceptable would entail consequences for Turkey, Hutchinson told the National newspaper ahead of a NATO summit of foreign ministers in Brussels on Tuesday.

“The idea that you can put a Russian-made missile defence system in the middle of our alliance is out of bounds. We have registered that with Turkey time and again,” Hutchinson said.

It is not too late for Turkey to reverse the transaction with Russia, she said.

In December 2017, Turkey and Russia signed a $2.5 billion agreement for the sale of the S-400s, which included four divisions of the system, each with nine missile launchers. Turkey took delivery of the weapons in July 2019 but has yet to activate them.

The United States has blocked the sale of the F-35 stealth fighter jet to Turkey in response to the acquisition. It says the Russian missile system can potentially acquire information about the plane’s technology.

Lawmakers in Congress have urged U.S. President Donald Trump to sanction Turkey for the purchase of the missiles under the Countering America's Adversaries Through Sanctions Act (CAATSA).

Hutchinson also said Turkey’s search for hydrocarbons in disputed territories in the eastern Mediterranean and its involvement in a conflict between Azerbaijan and Armenia over the contested enclave of Nagorno-Karabakh were “problematic” to the unity of the NATO alliance.