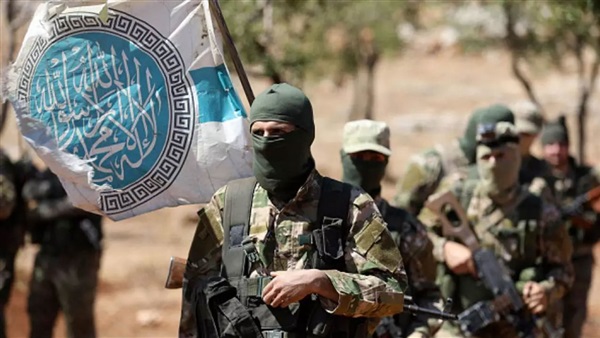 Hayat Tahrir al-Sham (HTS) in northern Syria’s Idlib is suffering from a deterioration in its economic conditions, and it has resorted to imposing taxes and royalties on the people of the governorate by force.

Among the royalties that it imposed on the residents is a zakat known as “oil zakat”, whereby 5% is taken by force from the people, regardless of the amount of oil extracted. Those who refuse are threatened to be held accountable by the security forces or referred to one of HTS’s outposts.

The Syrian Observatory for Human Rights reported that HTS has robbed multiple homes of citizens in various villages in the Idlib countryside.

The Observatory noted that HTS’s situation has deteriorated to the point that it has stolen electricity wires from homes after stealing all the wood, tools and devices in the homes.

According to the Syrian Observatory and complaints from residents via the network Orient over the past weeks, HTS has also stolen a large number of antiquities from Idlib and Aleppo governorates.

The Observatory confirmed that Tell Nawaz, located near the town of Kafr Nasih in the western countryside of Aleppo, has turned into an excavation site with workers belonging to HTS, where they have bulldozed the ground and prevented citizens from approaching the area.

According to the Observatory's report, HTS operatives discovered treasures and statues in that area.

In addition, antiquities were found in Qminas, Jabal al-Zawiya, the eastern countryside of Idlib, near Jarjanaz, al-Ghadfa, Tell Mardikh, Qalb Loze, Tell Qarqur, and areas around Jisr al-Shughur and Ishtabraq.

Even mosques have not escaped the thievery of HTS, as the people of Idlib published a video showing a group of air conditioners that were stolen by HTS from mosques. They also stole mosque carpets, loudspeakers, and water coolers and heaters.