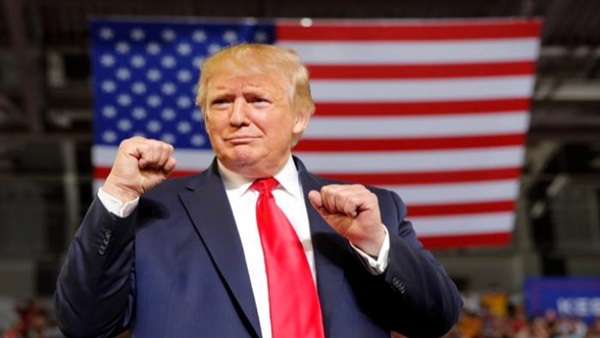 The New York Times has revealed the details of a secret meeting that US President Donald Trump held with senior advisers in the Oval Office.

During the meeting, Trump asked his chief adviser whether he had options to take action against a major Iranian nuclear site in the coming weeks.

The newspaper pointed out that Trump still has his eyes a number of decisions and steps that he may take before his departure from the White House on January 20.

Four current and former US officials said the meeting took place a day after international inspectors announced a significant increase in Iran's stockpile of nuclear materials, according to the New York Times.

However, a number of senior advisers dissuaded the president from proceeding with a military strike, including Vice President Mike Pence, Secretary of State Mike Pompeo and acting Defense Secretary Christopher Miller.

General Mark Milley, chairman of the Joint Chiefs of Staff, warned that a military strike against Iranian facilities could easily escalate into conflict in the final weeks of Trump's presidency.

According to the International Atomic Energy Agency (IAEA), Iran's stockpile of uranium is now 12 times larger than what is permitted under the nuclear deal that Trump abandoned in 2018.

The agency also indicated that Iran did not allow it to access another suspected site where there is evidence of past nuclear activity.

The officials said Trump asked his top national security aides about options and how to respond.

After Pompeo and Milley described the potential risks of a military escalation, officials left the meeting believing that a missile attack targeting Iran was no longer on the table, according to administration officials familiar with the meeting.

Officials said Trump may still be looking for ways to strike Iranian assets and allies, including militias in Iraq.

A smaller group of national security aides met late on Wednesday to discuss Iran, the day before the president’s meeting.

The Pentagon had announced that the United States would reduce the number of its forces in Afghanistan to 2,500 soldiers by January 2021, which would be the lowest number since the start of combat operations in the country two decades ago. It said it would also be reducing the number of troops in Iraq to 2,500 soldiers.

Acting Defense Secretary Miller made clear that the reduction of US forces in Iraq and Afghanistan fulfills President Trump's pledge to bring troops home.

Miller pointed out that about 2,000 soldiers will leave Afghanistan by January and 500 others will leave Iraq, so that only 2,500 American soldiers remain in each of the two countries when the conditions are met that preserve the safety of the United States and its allies.

He said that this decision reflects Trump's desire to successfully and responsibly end the wars in Afghanistan and Iraq and to bring soldiers home, adding that the leaders and advisors have approved the withdrawal plan that will reduce the number of troops in Afghanistan from more than 4,500 to 2,500, and in Iraq from about 3,000 to 2,500.

The new plan will accelerate the withdrawal of troops from Iraq and Afghanistan in Trump's final days in office, despite senior military officials opposing the withdrawal or calling for a slower and more systematic withdrawal.

For his part, National Security Advisor Robert O'Brien told reporters at the White House that the remaining forces in both countries will defend American diplomats and facilities, adding that Trump hopes by May that they will return to their homes in complete safety.

US officials said that the new leadership team that Trump has formed at Department of Defense has not yet been issued, indicating an imminent withdrawal of US forces "entirely" from Afghanistan.

They added that this strengthened speculation among US officials and allies that Trump might make do with a partial troop reduction before he leaves office.