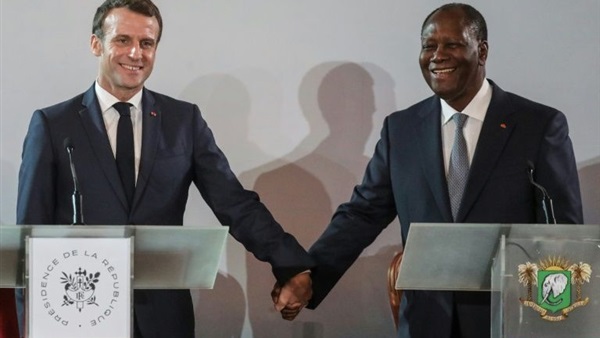 President Emmanuel Macron accused Russia and Turkey of promoting anti-France sentiment in Africa, in an interview published Friday where he sought to defend his vision for the role of the former colonial power in the continent.

Macron also railed against Guinea President Alpha Conde for clinging onto power, while categorically ruling out negotiating with extremists to ease the task of the French force deployed in the Sahel region of Africa.

"There is a strategy at work, sometimes led by African leaders, but especially by foreign powers such as Russia or Turkey, who play on post-colonial resentment," he told Jeune Afrique magazine.

"We must not be naive on this subject: many of those who speak, who make videos, who are present in the French-speaking media are funded by Russia or Turkey," he added.

Tensions between France and Turkey have risen to new levels over a range of disputes in recent months, including Syria, Libya, the eastern Mediterranean and France’s defense of the move to publish offensive cartoons of the Prophet Mohammed.

France has called for a total rethink of the European Union's relations with Turkey, which under President Recep Tayyip Erdogan.

Russia has also played an increasingly active role in Africa, with analysts pointing to the presence in several countries of the pro-Kremlin mercenary group Wagner.

Macron did not give examples or name media outlets where he alleged such anti-French sentiments are aired.