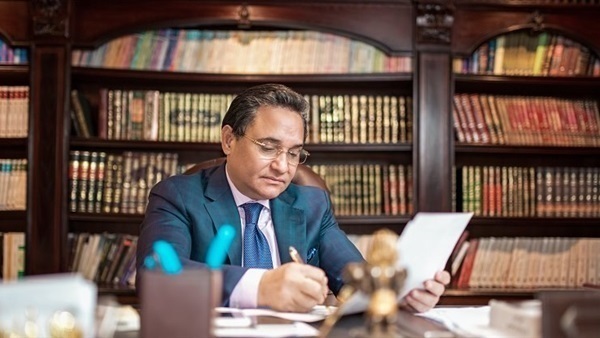 The Center for Middle East Studies in Paris (CEMO) called Monday on banning the Global Muslim Brotherhood organization and put it in a list of terrorist organizations.

CEMO Director Abdel Rahim Ali said that the real tragedy of Europe with Islamism began with the march of the Brotherhood on the European continent, taking advantage of what they were subjected to in their countries because of what it wants to do now again in Europe.

Ali continued in a statement: "Muslims flocked to Europe more than two centuries ago as merchants, and scholars. Islam and Muslims in Europe continued to live without crises while the real crisis slowly began to surface, starting with the arrival of political Islam forces that believed that a Muslim should strive to form the state of Islam in any part of the earth.

The statement added "The tragedy of a group that considered that these European countries are not their countries that sheltered and honored them. Rather, it is their spoil that their people must convert to Islam, believing in the six stages that the founder of the group, Hassan Al-Banna, taught them.

The Muslim person, the Muslim family, the Muslim community, the Islamic government, the Islamic caliphate, the professorship of the world, and the Muslim Brotherhood considers that these stages are below them, whether they come through democracy or violence permitted by the balance of power in the concerned state, or the spread of chaos and alliance with Satan.

The radicalization and torpedoing of its illegal structures, this triangle of confrontation must take place on the grounds of unifying strategies and leaving the political warring between the different political currents and considering it an essentially civilized issue that represents life or death for Europe's history, peoples and civilizations.

CEMO stressed the need to replace the term "Islam crisis" with the term "Brotherhood crisis" in Europe, and called on all politicians, researchers and media professionals in the West to quickly address this issue, "the issue of using the term Islam" when talking about terrorism or wrong practices by groups known to the authorities in the West.

The statement said: The current term "the crisis of Islam", causes the hostility of Muslims not only in Europe but in the whole world to its user, and gives extremists a great ground through which to work and strengthen their organizations.