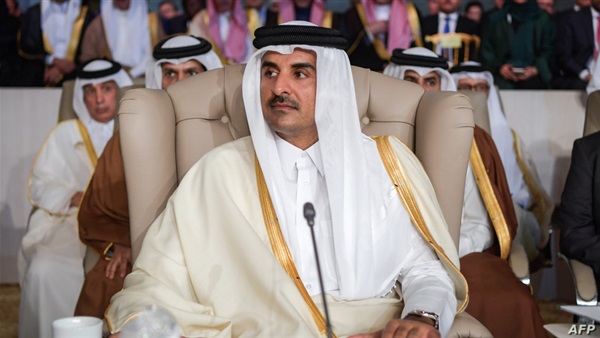 The Emirate of Qatar continues to support and finance terrorism through its support for terrorist organizations, including the Nusra Front. The Times revealed what it described as a criminal conspiracy weaved by Qatar in order to corrupt British justice by intimidating witnesses, providing bribes and planting illegal tracking devices, with the aim of concealing Doha’s secret funding to the Nusra Front in Syria. It was reported that, at the request of the Supreme Court, counterterrorism police in Britain have opened an investigation into Qatar threatening witnesses in a case against Doha Bank for financing terrorist groups in Syria, including the Nusra Front.

The Guardian reported that witnesses and plaintiffs in the case have been subjected to intimidation by Qatari officials.

Four of the plaintiffs have even withdrawn from the lawsuit due to the continuous threats they face, according to the Guardian.

The Qatari threats were discussed during a hearing in London on Wednesday in a case related to a compensation lawsuit filed by eight Syrian refugees against Doha Bank, which has a headquarters and branches in London.

Ben Emmerson, who is representing four of the Syrian refugees before the Supreme Court, said, “Interference with justice has taken the form of harassment, intimidation, pressure, illegal secret surveillance abroad, threats from armed and masked men during the night, and attempted bribery.”

The plaintiffs said they fled to the Netherlands after the Nusra Front, which controls parts of northern Syria, destroyed their homes and threatened them.

They are suing Doha Bank because it was used to transfer funds to the terrorist group, which is banned in the United Kingdom, but the bank has denied wrongdoing.

Emmerson said that London’s Metropolitan Police Counter Terrorism Command (CTC) had received details of a campaign of intimidation involving attempts to pervert the course of justice in both the UK and the Netherlands.

The court heard the facts, which included attempts to bribe, monitor and harass witnesses, and it said that “all these practices were carried out with orders from the State of Qatar.”

The Qataris are trying to identify the people who filed the lawsuit against Doha Bank, as they are protected by anonymity orders in order to preserve their safety.