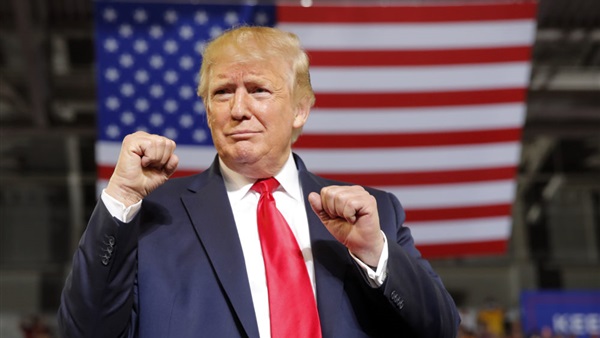 The United States imposed Iran-related sanctions on six companies and four people, accusing the network of supplying sensitive goods to an Iranian military firm in the Trump administration’s latest move to increase pressure on Tehran.

In a statement, the US Treasury Department accused the companies and individuals of facilitating the procurement of sensitive goods, including US-origin electronic components, for Iran Communication Industries, an Iranian military firm blacklisted by Washington and the European Union.

The firm produces military communication systems, avionics and missile launchers, among other items, the Treasury said.

Tuesday’s action, taken under an authority that imposes sanctions on weapons of mass destruction proliferators and their supporters, freezes any US assets of those blacklisted and generally bars Americans from dealing with them.

“The Iranian regime utilizes a global network of companies to advance its destabilizing military capabilities,” Treasury Secretary Steven Mnuchin said in the statement.

“The United States will continue to take action against those who help to support the regime’s militarization and proliferation efforts,” he added.

Tensions between Washington and Tehran have soared since President Donald Trump unilaterally withdrew in 2018 from the Iran nuclear deal struck by President Barack Obama and began reimposing US sanctions that had been eased under the accord.

The Treasury said the US Attorney’s Office for the District of Columbia was also filing charges via criminal complaint against two companies and one individual that were hit with sanctions in Tuesday’s move.

On the virtual campaign trail, US Democratic presidential candidate Joe Biden promised to rein in tension with Iran with an approach he argued would be instantly distinguishable from Donald Trump’s: Mr Biden’s would be the “smart way”.

The quip formed part of his argument that Mr Trump’s hardline approach — withdrawing from an Obama-era nuclear accord between Iran and global powers, piling on punitive sanctions and coming close to war — had momentously backfired, putting Tehran just “a few months” away from having enough nuclear material for a bomb.

Mr Biden has said he will return to the multi-party 2015 deal that limited Iran’s nuclear programme, as long as Iran also returns to strict compliance, as a “starting point for follow-on negotiations”. But while the president-elect has promised to offer Iran “a credible path back to diplomacy”, the task is fraught with complexity and Biden advisers are playing down expectations of a deal.

While analysts say the multi-party deal could be resurrected, it is a less straightforward undertaking than rejoining other multilateral forums ditched by Mr Trump, including the Paris climate accord and the World Health Organization.

If the US raises issues such as Iranian ballistic missiles or its support for militias in the region — which did not feature as part of the original deal — or Tehran demands compensation for US withdrawal from the accord, then the talks immediately become more difficult.