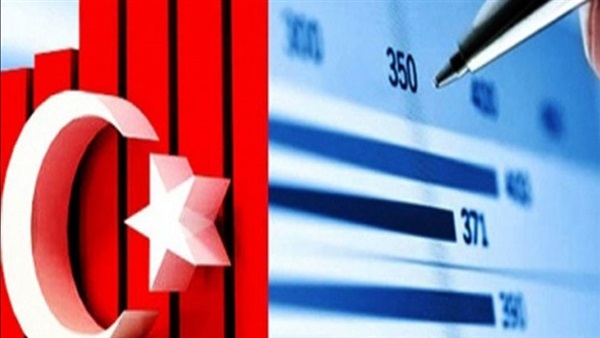 Turkish President Recep Tayyip Erdogan’s harmful policies have led Turkey to collapse, as the economic situation is currently witnessing an unprecedented setback and the Turkish lira has declined dramatically, in addition to high inflation rates. This prompted Erdogan's son-in-law, Finance Minister Berat Albayrak, to offer his resignation, while the governor of the central bank, Murat Uysal, was dismissed from his post and replaced with Naci Agbal, head of the presidency’s strategic and budgetary administration.

Erdogan's hostile policies in the region have contributed to the decline in economic indicators and the decline of the lira, especially his war in Syria due to his desire to obtain oil and take revenge on the Kurds. Turkey has thus accumulated debts as a result of the uncalculated measures taken by the regime, with expectations that its days of prosperity are over.

The Turkish economic crisis and the collapse of the lira is not the responsibility of Albayrak alone, but it is the result of a set of factors that led to this situation due to structural problems in the Turkish economic growth model, which relied massively on pumping money through foreign borrowing, which raised Turkey’s foreign debt from $100 billion at the beginning of Erdogan's era to about $450 billion now.

The Turkish Central Bank recently stated that Turkey's foreign debts owed within a year or less amount to $169.5 billion. Additionally, the comprehensive privatization and sale of state assets to foreigners made a large proportion of the Turkish economy's revenues go abroad and not be recycled in the economy, which has led to a huge deficit in the balance of payments and trade balance of tens of billions of dollars annually.

International economic conditions led to an influx of about $525 billion in foreign exchange into Turkey over a period of 15 years, including foreign direct investments, investments in portfolio and foreign loans. But with the decline in the Justice and Development Party’s (AKP) popularity and losing important cities in the 2018 local elections, foreign capital fled and foreign exchange reserves in the central bank have dried up to cover the deficit of the balance of current operations, which led to the collapse of the lira against foreign currencies, even despite currency swap agreements, especially with Qatar and Iran.

The outbreak of the corona virus and the consequent closure of economic activities led to an economic shock that was somewhat mitigated by increasing the granting of credit, but the cost of this process was the imbalance of the currency exchange rate, which prompted the central bank to actually raise interest rates during the month of August.

In order to help the business sector and consumers get through the pandemic, the Turkish government has put in place a stimulus plan amounting to $33 billion, in addition to government banks enhancing lending operations.

At the same time, the central bank adopted a policy of monetary easing, injecting more liquidity into the economy by buying government bonds, and introducing a series of interest rate cuts, the largest of which was the interest rate cut by 1% in March.

But these measures led to an increase in inflationary pressures and a deterioration in the currency exchange rate. Turkish exports decreased by 35.3% in the second quarter of this year compared to the same quarter of last year, after they had achieved meager growth of about 0.3% in the first quarter.

Erdogan's instructions to reduce interest rates in the hope of reducing the rate of inflation contradicts all theories and evidence of the economic process and led to the aggravation of the economic crisis. The decrease in the exchange rate of the lira led to an increase in the demand for foreign exchange as a safe haven after losing confidence in the Turkish currency, as the savings rate in foreign currencies reached about 53% of the total savings. The demand for foreign currencies also increased to pay off the foreign debt due within the next 12 months, which is about $170 billion, in addition to the need for foreign currencies for import.

This coincides with the decline in exports and the collapse of tourism income due to the corona pandemic.

The central bank’s intervention to try to control the exchange rate eroded its balance of hard currencies, which it borrowed through currency exchange agreements after depleting its own reserves. It spent more than $65 billion in monetary reserves, which intensified the exit of foreign investors.