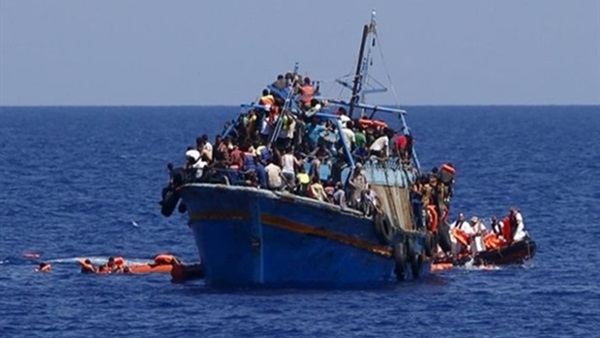 French Interior Minister Gerald Darmanin began a tour of a number of Mediterranean countries on Friday, November 6, visiting Tunisia to discuss the files of twenty Tunisians in France suspected of being extremists and demands that Paris expel them.

The visit had been scheduled for a while, but it became more important in the wake of the Nice attack in which three people were killed in late October by Tunisian suspect Brahim Aouissaoui, who arrived to Europe in mid-September by means of illegal immigration.

In a press conference on Friday, November 6, Darmanin stressed the need to confront the extremist ideology on which terrorists rely and to stop illegal immigration.

During a press conference at the headquarters of the Tunisian Ministry of Interior, Darmanin stressed “the need for Tunisia to cooperate in curbing the scourge of terrorism that has targeted Europe in the recent period. Its evidence was the Vienna attack in Austria, and before that the operation that struck the French city of Nice by a Tunisian terrorist.”

“It is imperative to combat illegal migration that carries terrorist targets,” he continued.

For his part, Tunisian Interior Minister Taoufik Charfeddine said, “Tunisia and France face dangers and threats in the Mediterranean, the most prominent of which is the terrorist threat.”

He affirmed Tunisia's commitment to fighting terrorism, which he considered dangerous at this stage, stressing that “Tunisia refuses to deport any citizen to it in an arbitrary and coercive manner without preserving the dignity of Tunisians.”

The Tunisian presidency said in an official statement, “The meeting dealt with the security situation in the region in general, especially the terrorist operations that occurred recently in France.”

In its statement, the Tunisian presidency emphasized “the necessity of addressing the phenomenon of terrorism according to a new approach based on addressing the real causes that lead to its exacerbation and the goals that some seek by targeting innocent victims.”

According to AFP, Darmanin presented to the Tunisian and Algerian authorities a list of the names of their nationals who are in France illegally and are suspected of being extremists, while Paris is calling for their expulsion. He stressed that about twenty Tunisians have been sentenced and have not been deported to date due to the restrictions imposed by the Covid-19 pandemic.

Tunisia recorded a significant increase in the number of citizens attempting to migrate in 2011, following the fall of the regime of late former President Zine El Abidine Ben Ali. Then, it witnessed a decline, only to rise again starting in 2017, coinciding with the absence of political stability and the deterioration of the social and economic situation in the country.

It is difficult to determine whether the 21-year-old Aouissaoui planned the operation from Tunisia or after arriving in Europe via illegal immigration routes in mid-September.

The Tunisian prime minister has pledged that the police and judiciary would cooperate with the French authorities investigating the attack.

There are 231 foreigners residing illegally in France and being pursued on suspicions of extremism. About 70% of them come from four countries, three of which are from the Maghreb, in addition to Russia, which Darmanin will visit in the coming days.

The largest Tunisian community abroad lives in France, with more than 600,000 immigrants.

France is the primary tourism market and trade partner for Tunisia, as more than 1,400 French companies operate in the North African country with an operating capacity of 140,000 workers, according to data from the French Foreign Ministry, while more than 20,000 French nationals live in Tunisia.