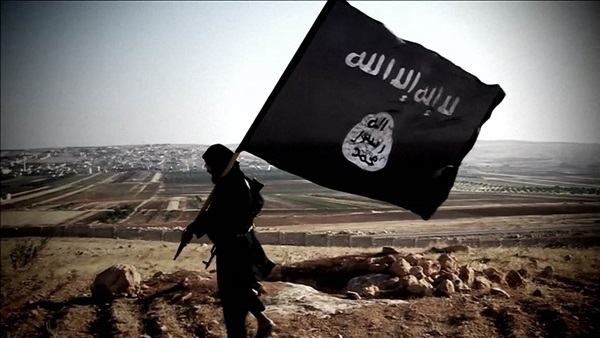 Chaos and assassinations have escalated in the Syrian governorate of Deir Ezzor near the Iraqi border, in an indication of a resurgence of ISIS activity following a period of strategic latency, which serves Turkish President Recep Tayyip Erdogan’s interests in Syria.

The Syrian Observatory for Human Rights monitored the survival of the head of the Abu Kamal Tribal Council, one of the elders of the Shaitat tribe, from an assassination attempt that targeted the car he was traveling in by unknown gunmen in the eastern countryside of Deir Ezzor.

With the incidence of more human losses, the number of fighters, civilians, oil field workers and officials in service agencies who were assassinated from June 2018 to the present day rose to 584 people within four governorates, namely Aleppo, Deir Ezzor, Raqqa and Hasaka, in addition to the Manbij area in northeastern Aleppo governorate, which is controlled by the Syrian Democratic Forces (SDF).

The Syrian Observatory monitored armed cells’ assassination of 207 civilians, including 15 children and 11 women, in the countryside of Deir Ezzor, Hasakah, Raqqa and Manbij, in addition to the assassination of 373 SDF fighters, including local leaders, in the same areas, while four members the international coalition were killed. It also counted dozens of wounded as a result of these assassinations.

The Observatory stated that the death toll from March 24, 2019 to this day has reached 869 dead from the Syrian army forces and militias loyal to them of both Syrian and non-Syrian nationalities, including at least two Russians, in addition to 140 militia elements loyal to Iran from non-Syrian nationalities. All of them were killed during attacks, bombings and ambushes by ISIS west of the Euphrates and in Deir Ezzor, Raqqa, Homs and As-Suwayda.

On Wednesday, October 21, ISIS assassinated a young civilian working in the city of Al-Busayra in eastern Deir Ezzor, the most prominent stronghold of the terrorist organization before the fall of its alleged caliphate, the Observatory stated, raising the degree of warnings of the return of ISIS cells in Syria, especially in areas under SDF control, which serves the interests of Turkey and Erdogan in Syria by targeting the Kurds.

Observers of extremist movements have also warned of a resurgence of ISIS in Syria in the absence of security and political stability, as well as the struggle of several local and regional forces in Syria, which creates a fertile environment for the return of the terrorist organization.

The observers warned that the SDF’s detention centers in northeastern Syria contain the largest human concentration of ISIS fighters in the world. This is a terrorist army in the waiting, which requires an international response to this crisis and the dismantling of any opportunity for ISIS to reorganize again through the camps.

The United Nations estimates that there are more than 10,000 ISIS fighters in Iraq and Syria as sleeper cells, which constitute a threat to the efforts of the international coalition and the regional state in confronting terrorist groups.

Observers expect that ISIS could return in the coming period to intensify attacks on the oil fields extending between Deir Ezzor and the city of Al-Sukhna, such as the Hail oil field, in addition to attacking the third station adjacent to it, as part of its work to deplete the Syrian army and the SDF in the area extending between the governorates of Homs and Deir Ezzor, in order to serve Turkey's strategy in Syria.