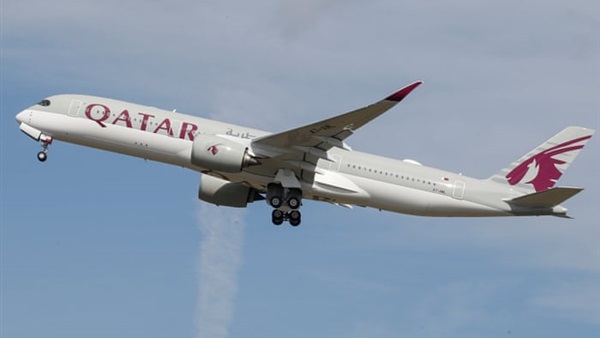 Dozens of social media activists in Australia have launched a fierce campaign against Qatar, accusing it of violating human rights. They have also demanded a boycott of Qatar Airways and preventing it from flying over Australian territory.

On October 2, the authorities at Hamad International Airport forced all the women who were on the flight from Doha to Sydney to get off the plane, forcibly searched them, and took off their clothes, which angered the women. The Australian government condemned the search and accused the Qataris of harassment and a gross violation of human rights.

It turned out that the Qatari authorities at the airport had found a newborn in one of the airport bathrooms and therefore asked all the passengers heading to Sydney to get off, forcing them to remove their clothes and examining them to make sure that none of them was the mother of the child.

According to reports, all the women on board were forced to leave the plane, and upon their return, signs of discontent were evident on their faces, while at least one was crying.

The Australian government expressed “serious concerns” as a result of the incident and asked Qatar to provide answers following the incident. Australian Foreign Minister Marise Payne said on Monday that it is “a very worrying matter” and went so far as to describe it as an “aggression.”

Payne added that she had never heard of such a matter in her entire life, in any context, and then noted that the government has made this clear to the Qatari authorities.

In a previous statement, the Australian Department of Foreign Affairs and Trade (DFAT) said that the reports indicated the incident of hostile treatment of women was disproportionate, because it should be required for women to provide their consent.

Meanwhile, activist Roland Stewart tweeted on the Qatar Airways page that the airline is off his list for air travel and demanded that it immediately be prevented from flying to Australia.

For his part, Marcelo Alvarez tweeted, “Do not fly with Qatar Airways, people,” along with the hashtags “violation of human rights” and “Boycott Qatar”.

Virginia Traioli said, “I think the time has come to stop calling what happened a ‘forced cavity search’. Does this not match the official definition of rape?”

Some of the tweeters, such as Kay Ross, described the incident as a “sexual assault”, while another tweeter named Lisa called on the Australian government to “prevent Qatari aircraft from landing at its airports.”

Lisa pointed out that Qatar Airways used to consider itself an advocate for women, but she said, “Seriously, Qatar Airways... you are positioning your company as a defender of women's health when you are responsible for sexual assault. You have forced women to get off your plane to be searched and forced them to undergo medical checks. Unfair... you are not women’s hero.”

Another user tweeted, “Qatar Airways... I just canceled my membership... I will never fly your planes again. Your treatment of Australian women is a disgrace!”

As for Heidi Ashraf, she said, “The women were taken off the flight, regardless of their age, at Qatar airport... and they were examined in a parked ambulance and forced to take off their underwear for the sake of inspection!! After a baby was found... I feel disgusted at the Qatar Airways.”

A user named Tracy tweeted, “Qatar Airways rapes women on the runway. There is no other way to describe that. Are they forcing men to bend over for a cavity search without their consent?”

For her part, Sally Gethin said, “Oh my God... there are no words to express what happened. This must be the worst passenger experience ever!”

The head of the Arab-Australian Center for Strategic Studies, Ahmed Alyasiry, believes that Qatar views this incident as a passing matter, but this indicates a lack of understanding of Australian laws that focus heavily on protecting the country's citizens and refusing to infringe on their safety and dignity.

Alyasiry added that as soon as a sixty-year-old woman on the flight spoke about what had happened, anger stoked in Australia, with many describing the incident as an “aggression”.

He pointed out that Australia transferred this matter to the Qatari side, as it is a criminal file known to be largely transgressed, as long as Australian women were subjected to a forced examination and then were interrogated, while Australian laws affirm great human rights guarantees when questioning suspects. As for taking off the clothes of travelers and subjecting them to inspection, this constitutes a crime.