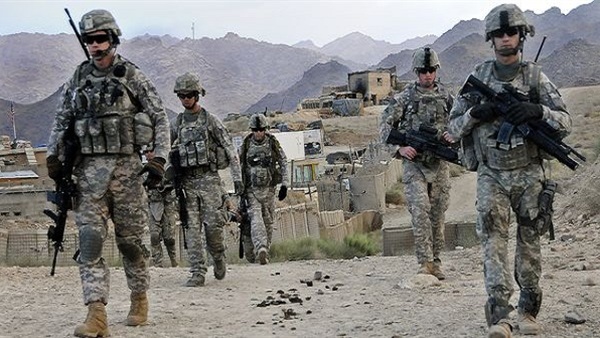 Tensions arise once more between the Taliban and the United States, sometime after military encounters between them stopped, thanks to the signing of a peace agreement.

Spokesman for the U.S. military in Afghanistan Col Sonny Leggett revealed that the U.S. had launched airstrikes against camps of the extremist group in the central Afghan province of Maidan Wardak.

The strikes, he said, killed five members of the Taliban.

Leggett added on Oct. 26 that the U.S. launched the strikes to aid Afghan security forces in their war against the extremist group.

He denied reports about the presence of civilians among those killed by the strikes.

Leggett said the strikes moved hand in hand with the agreement the U.S. signed with the Taliban in Feb. 2020, not a violation of it.

Meanwhile, the Taliban denounced the attacks. Movement Spokesman Suhail Shaheen said the attacks violated the agreement between the U.S. and his movement.

Reuters quoted U.S. Special Representative for Afghanistan Reconciliation Zalmay Khalilzad as saying that he had asked the Taliban to rephrase some of the articles of the agreement with the U.S., especially those on the need for curbing violence and enforcing a ceasefire.

This came, he said, after the movement also refused to suspend attacks against government forces.

The Taliban has always used its attacks against afghan government forces as a pressure card.

Washington preferred, meanwhile, the extremist movement to the government of Afghanistan. It also fulfilled all the demands of the movement, including its desire to sit alone on the negotiating table with the U.S.